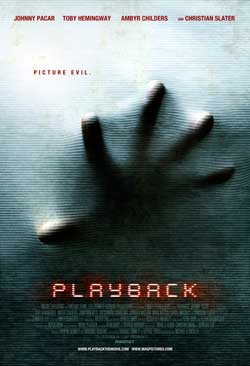 A cop investigates the case of a missing local teen, though he discovers a dark secret that has been unleashed in his town, and an evil spirit that will stop at nothing to find its heir.

Camcorders seem to get more evil by the day. Harlan Diehl was surely effected when he murdered his family and went insane. These kind of stories are the basis for what urban myths are based. In this situation, Harlan was a real person to this small town. One of whom changed the lives of the those who lived in it. His murder spree becomes a better-left-forgotten moment in the towns history. 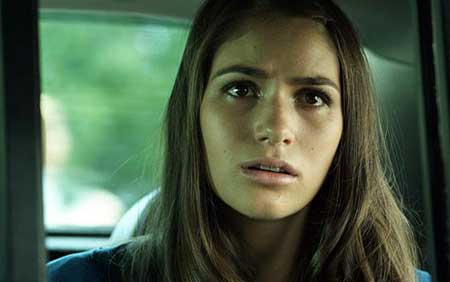 “Playback” is the latest thriller from the mind of director / writer Michael Nickles.  It sets its premise in line with the kind of stuff that “Halloween” was birthed from. That legend of some kid who just wasn’t quite there. We learn from the first act that there is more to this than just a crazy psychotic..There is a legacy of evil that appears to be able to transfer thru the convenience of a TV or video channel. (Kind of like that film “Shocker” eh?)

Step into the present as local high schoolers enjoy their latest attempt at making horror films. Julian (Johnny Pacar) the filmmaker of the bunch decides to do this school project based upon the murders of Harlan Diehl. It becomes a sole determination leading to more than he bargained for unlocking the event and its painful history.

Nate (Jonathan Keltz) Julian’s odd junkie of a friend works down at the TV station slinging tapes and archiving footage. Nate becomes possessed when digging out one of the older Diehl tapes. Diehl literally is reborn into Nates body kick starting his murder tendencies once again.

I’ll confess to being a bit bias, as I love most films that actor Christian Slater signs onto. (yes, even the TV series “The Forgotten” and “My Own Worst Enemy”) The movie could be a stinker in itself, while Slater still manages to bring his acting talent to the table giving it more than it deserves. I’ve since discovered that not “all” share this affinity, but hey, I’m sure there are actors they like that I would pass on.

“Playback” does provide a decent role for Slater to slip into as local cop Frank Lyons who also enjoys viewing video tapes of local high school girls in the locker room. The character details are a bit confused as Lyons mirrors the trademarks of a pedophile while serving the law during the day. I think the director intended this to be a conflict meant to scratch a few heads. I also think that Slater would have done just as fine without the pedio association.

One girl in particular appears to satisfy Franks needs to the point where he has to make deals with Nate (deals for getting hidden video tapes supplied to him) to keep the videos coming. Fro those paying attention, let’s just say that Slater loses his mind ;)

“Playback” surely has its moments which place it firmly in the appropriate horror genre category. Fans will recognize the 80’s style killings and gore inclusions bringing us back tot he memories of better days when Jason still sent a shiver or 2. 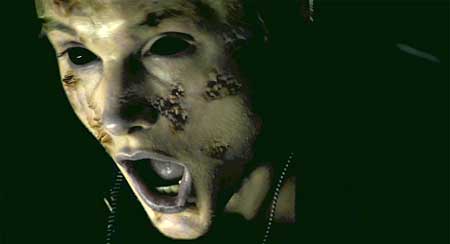 “Playback” elaborates into a thriller-style film upon 3rd act. I’d have to say this is when I started to wander a bit, may be because I’d seen to many of these similar 3rd acts play out. The television aspect suggests a “Ring” kind-of-thing, but I didn’t make the connection if intended that way. “Playback” is noted as coming to theatres in March, however I felt the film was more rental quality material. Not that it doesn’t have its horrific moments, just that it didn’t give me the sense of urgency that I’d leave the house to go see. In all, its a step above most horror release these days but not to the level of a box office draw. I don’t think you can go wrong with “Playback” but you might still find other films that you enjoy more.