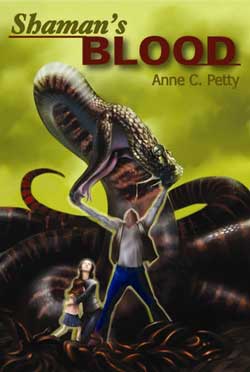 Something is terribly awry for Alice Waterston. Her emotionally estranged mother Suzanne has passed. While her own daughter Margaret, uncle Hal and even significant other Nik mourn her loss, she feels detached and numb. A sense of guilt eclipses the bereavement process. Sinister turmoil begins to shine just beyond leaving many questions unanswered.

A curator to the small town’s local museum, Alice becomes obsessed with investigating her family roots, notably her mysterious late father Ned whom she’d never met. Our tale takes a plunge into the past where Ned’s teenaged journey into the unexplained and occult begins.

In the late 1950’s Florida wet lands, Ned’s mother is a reptile breeder, specializing in venom milking. Her own sense of reality is compromised rendering her to regularly place her young sun in one precarious scenario after another with the dangerous snakes. Young Ned is bitten, a fore shadow into a crippling family tragedy and curse.

Ned survives the wounds healed yet became a sort of metamorphosis tattoo. Hallucinatory like episodes places him at the mercy of evil, talking snake like creatures. A vagabond on the run, the boy is consequently running from himself as much as he is chasing for answers about his own family curse.

Author Petty shifts us back to the present where protagonist Alice gradually begins to uncover many of her family’s skeletons. Uncle Hal sheds some light on the family’s legacy of darkness. Alice begins to have frequent dizzy spells funneling into a spiral of hallucinations or messages from beyond. Even time serves as an illusion as Ned and blushing bride Suzanne scour the Australian out back to find a Shaman able to break the curse that binds their predecessors.

Petty’s flawless execution of past to present setting and back and forth delivers an intriguing read luring in the reader deeper and deeper. She seizes the readers’ attention and reinforces the suspense factor as we eagerly anticipate how the past and present are interwoven or their relation to one another. The historical and sociological overtones add to the mystique of the tale with cultural finesse. Admirably the author is well versed in her topics from genealogy to the Australian aboriginal heritage to voodoo and ways of the Shaman building a sound foundation towards a more believable story.

Her characters are realistic and three dimensional. Perhaps most notable is Petty’s bang on interpretation of Margaret’s on-line chatting dialogue and other current teenaged mannerisms. Anne’s grasp of the necessity in having realistic characters enables the audience to perpetually cheer for our protagonists. Shaman Blood is slick with articulate, complex story telling rendering our skin crawling and spell bound with insomnia. 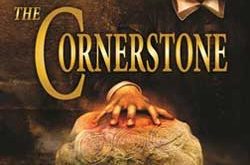