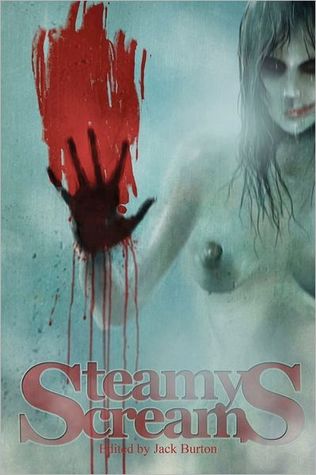 Indie outlet Blood Bound Books has been attempting to make a name for itself in the publishing world. Their goal is to release genre fiction that can provoke readers and offer high-quality writing. I reviewed one of their publications, K.J. Moore’s Monster P*rn, and felt it an attention-grabbing but uneven tale. I’m pleased to say their anthology Steamy Screams is far more consistent and rarely fails to keep its momentum. Steamy Screams consists of twenty-one tales that attempt to shock and stimulate those who dare delve into the book’s contents. Not every tale succeeded in this regard, but even the lesser ones were saved by a strong premise or prose style.

I’ve found the strongest stories were those exploring areas of sexuality that would make conservative readers blush or throw the book away in disgust. I especially liked J.D. Stone’s vampire-themed Queen of the Night, the tale of a transgender stripper who gets to know a regular customer all too well. Night‘s GLBTQ protagonists, ultraviolence, and lush writing recall 90’s-era Poppy Z. Brite.

I was thrilled to encounter an author who has the same attention to detail and morbid imagination found in Brite’s horror work. Another standout is Gregory L. Norris’s The Libidonomicon. Clearly inspired by H.P.  Lovecraft, Norris writes of two men who share an interest in a Kama Sutra-type text. Explicit sex scenes and some truly bizarro moments truly make Norris’ story a “steamy scream”. Too bad it only lasts ten pages. I’d also like to mention MP Johnson’s Killer Nails. The story of a manicurist with a thing for hands has a tame beginning but gets progressively weirder. I can only describe the ending as a macabre love scene. Not sexy at all (and I hope other readers agree on this), but I approve of Johnson’s willingness to unsettle the readers.

As mentioned above, not every story fulfilled my literary needs. Some of the selections were devoid of scares or didn’t fully expand on ideas their authors raised. Jacquelyn Summerset’s Pins and Needles, a retelling of Red Riding Hood that presents Red and the wolf as lovers. Their encounter isn’t lacking in passion and heat, but I wish the story had more going for it. Charlotte Nevers’ zombie yarn The Craving falls into a similar trap. While I didn’t dislike the story, I couldn’t find a point beyond “Bad things can happen unexpectedly”. A valid point, sure, but one I understood already. And then we have Larissa Alloway’s ghost story Phantom Deposit. Alloway’s contribution is actually not a bad story, but the absence of scares or brutality may not interest hardcore readers. It should belong in a paranormal romance or fantasy collection. 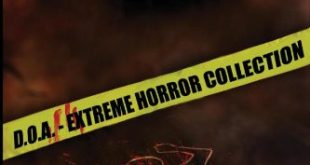