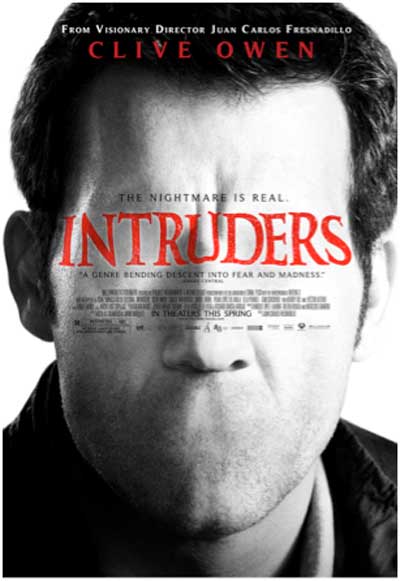 Though no one can see him, Hollow Face lurks in the corners, desperately desiring love but only knowing how to spread fear and hate. He creeps into the life of John Farrow (Clive Owen) after Farrow’s beloved 13-year-old daughter Mia (Ella Purnell) is assaulted in their home.

The line between the real and the imaginary blurs as fissures start to open within the family unit. It seems that no security measure can keep Hollow Face out.

From visionary filmmaker JUAN CARLOS FRESNADILLO (28 Weeks Later, the upcoming Highlander reboot), INTRUDERS is the chilling story of two children living in different countries, each visited nightly by a faceless being who wants to take possession of them. 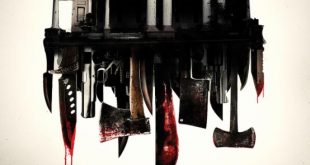 INTRUDERS Theatrical Trailer – In cinemas and on VOD January 15th! 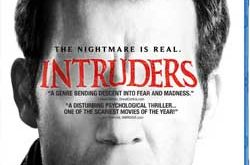