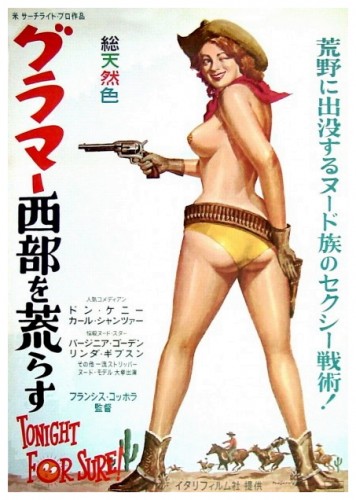 “On the Las Vegas strip, two unlikely men rendezvous: Samuel Hill, an unkempt desert miner, and Benjamin Jabowski, a John Birch Society dandy from the city. Intent on some sort of mayhem, they enter the Herald Club before the burlesque show starts, and they wire something to the electrical box, set to blow at midnight. They sit at the back of the club to get to know each other. As they drink and glance at the stage, Sam tells of a partner driven mad by visions of naked women in the sagebrush; Ben tells a tale of trying to rid his neighborhood of a pin-up studio. As they get drunker and the clock ticks toward midnight, they pull their chairs closer to the women on stage.” (courtesy IMDB)

This week I have a real treat for you. No, really! Would I lie to you? Is this the face of a lying skeleton? I mean, would I lie about this: I actually have a film for you from an Academy Award winning director. Well, no, he didn’t win the Academy Award for this one. Believe it or not, he won the Academy Award for both a film and its sequel. No, not Bob Clark for Porky’s I (1981) and Porky’s II (1983), God rest his soul. This week’s film is the first real film of Francis Ford Coppola who, of course, won Academy Awards for both The Godfather (1972) and Godfather Part II (1974).

I’ll bet you’re clamouring to know why I call this Coppola’s first ‘real’ film. Before Dementia 13 (1963) he directed two soft-core p*rn films, Tonight For Sure (1962) and The Bellboy And The Showgirls (1962), also known as Wide Open Spaces – until the actresses complained. He normally leaves both of those off his CV. Of course, Francis and I had worked together on the temple scene from Apocalypse Now (1979). That’s when he asked me to call him what his creditors called him: Mister Bucko. I remember his words to this day. “Nigel, you should eat more, you’re all skin and, well, bone, really. Have some of my famous spaghetti bolognese!” To cut a long story short, I ate his spaghetti bolognese, and that’s how I wound-up as an art installation at the Guggenheim for five months. But I digress.

While still a student at UCLA, Coppola made a nudie called The Peeper, about an inept peeping-tom whose clumsy attempts to spy on a nearby photo session end in disaster. He peeps through a telescope and sees only a bellybutton or some other minor body part, or he peeps and trips himself up. Coppola’s footage was combined with another budding filmmaker’s giggly nudie, this one with a western theme. The two films were vaguely linked with a contrived story-line about two men who are trying to get rid of strip joints because their lives have been ruined by strippers, and then released together under the title Tonight For Sure.

Although sex scenes have rarely graced Coppola’s multiple-Oscar-winning career, he had a second film-making stint in 1962, the same year as Tonight For Sure, in which breasts again figure all too prominently. He filmed extra scenes for German movie called Mit Eva Fing Die Sunde (1958) and added 3-D segments about a bellboy who dons disguises to infiltrate a roomful of lingerie models. There is a good amount of Coppola footage in the mix, retitled either The Playgirls And The Bellboy, or The Bellboy And The Playgirls, depending on which version you find. It’s easy to locate Coppola’s material – it’s in colour. June Wilkinson is one of the starlets who take every opportunity (or none at all) to remove their bras and giggle while the bellboy does slapstick routines around them, like falling into a tub of water or dressing in drag. Posters and ads described Wilkinson as ‘Staggering, Magnificent, Mighty, Sensational, 43-22-36!’

Unfortunately, Coppola was very shy about directing naked women, and still is. “I have great trepidation about approaching erotic scenes in movies. I think it is a shortcoming, and I think the answer to it is that people like me – who feel sexuality is like a mysterious, sacred thing – have a tough time in an industrial setting asking women to take their clothes off,” said Coppola after making Bram Stoker’s Dracula (1992) in which the occasional bare breast can be glimpsed. “My mother was a sort of fanatic about having respect to women, and I was brought up believing that if you like a girl, if you make some kind of little pass at her, you’ll be disrespecting her. So if the actress said, ‘Oh, I’m going to do it,’ that’s okay. But if I have to ask her, I feel like I’m some dirty old man or something. One From The Heart (1982) was conceived as having these very hot love scenes, and I just could never ask Teri Garr to take her clothes off, she’s so sweet and so nice – and she has a beautiful figure too!” 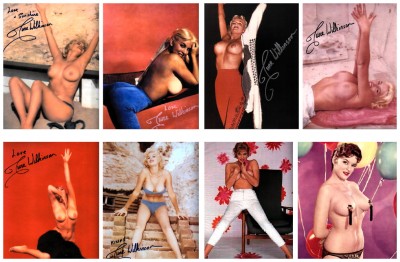 Coppola recalls the ordeal of shooting naked footage for his second nudie: “There was a 3-D scene where we had to have five girls sitting at their dressers, and they were hired and paid to do this. One of the girls came to me and said, ‘I’m only seventeen and my father is going to kill me.’ So I said, ‘Well, okay, leave your brassiere on.’ So there were these four girls, plus one who has a bra on, and I got fired because they were complaining they paid the girls five hundred dollars. So this has been one of the themes in my life. Maybe when I’m eighty I’ll break through the nudity barrier.” And with that rather disturbing image in mind I’ll quickly thank the Washington Post and Video Magazine for assisting me in my research for this article, and warn you that – whether you like it or not – I’ll be back next week with another bargain-basement B-grader to thrill you, chill you, and fill you with swill with…Horror News! Toodles!