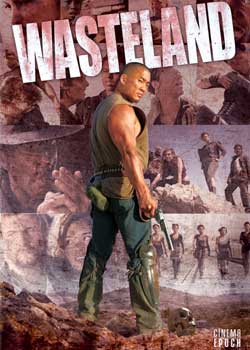 When a group of religious zealots destroy everything that he loves and leaves him for dead, a man embarks on a journey of revenge that will take him through all the post-apocalyptic dangers that is WASTELAND.

Best line runner up: “Seems like we got ourselves a reeeaaal conundrum. A Mexican type standoff right here in California no less. First, we’re all Asian, and everyone always thought we were related. And, second, even though these girls aren’t my blood, I would give my life for each and every one of them…except for Li…she’s f*#!in lazy.”

Two of the more enjoyable video games I played last year were Borderlands and Rage. Borderlands, which had a great theme song by Cage the Elephant called “Ain’t No Rest for the Wicked”, was a first person, action RPG hybrid. Rage was more of a straight forward first person shooter made by the brilliant minds at Bethesda (Skyrim). Both titles took place in a post-apocalyptic world populated with bandits and mutants and cannibals and altogether bad people. Imagine the setting in the Mad Max movies and put that into an immensely enjoyable game playing experience and you’ll get the idea. 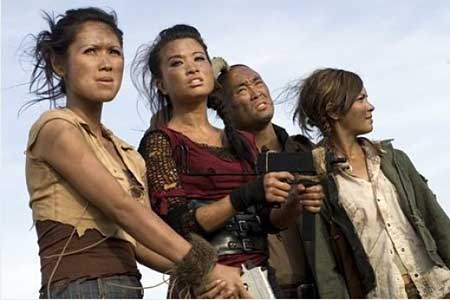 Wasteland is just like that only nowhere near as enjoyable.

The script is really bad. It is true that religion in the wrong hands is truly a horrible thing (Book of Eli), but the Bible babble in this movie just sounds forced, not terrifying (Children of the Corn).The set design is marginally better but still kind of hokey. It looks like it was filmed in Arizona on the vast stretch of unpopulated highway that leads to Mexico. Or perhaps the stretch of road that Hunter S. Thompson traveled on his way to Vegas from California in “Fear and Loathing in Las Vegas”. When they’re inside, it looks like a p*rn set. The costumes look as though they were grabbed from someone’s bedroom floor…like yesterday… and don’t make sense given the setting. Who where’s miniskirts and fishnets while roaming the desert? Much less the post-apocalyptic desert? A gang of smokin’ hot, post-apocalyptic Asian chicks, apparently. The acting, while serviceable in parts, can never really shine because of these first three things.

Not to mention, the premise isn’t exactly new. It’s a revenge flick. Man is wronged, left for dead, and goes to get the perpetrators once he’s all better. Clint Eastwood did it. Hell, Stephen Segal did it…a couple of times. Even Kevin Costner did it in a movie called…you guessed it…”Revenge”. 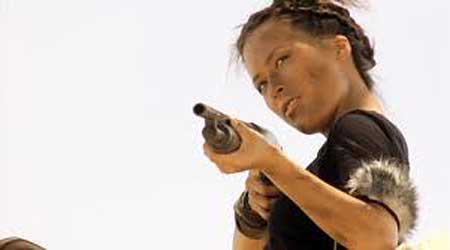 I lost interest in this movie just about as soon as it started.

That being said, it did have some redeeming qualities. Garret Sato is actually believable as our revenge-obsessed hero. Some of the makeup work shows a lot of promise. And I was surprised to find there were some gemlike moments in the cinematography and direction. Nifty things like a swinging lamp that’s casting a moving shadow over a pair of menacing (well…kind of menacing) eyes, or the quick, almost subliminal flashes of the baddies awaiting a trio of travelers as they’re walking through a gulch. I even saw a few Oliver Stone techniques a la “Natural Born Killers”, one of my favorite movies. And I really liked blinding-light-coming-out-of eye-sockets-and-mouth guy too. 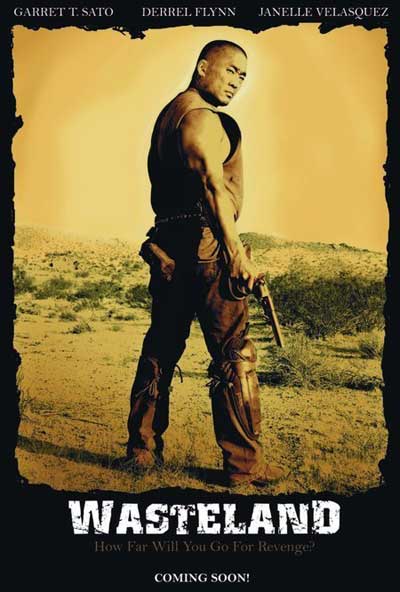 To wrap it up, Wasteland just doesn’t offer anything new into the Apocalypse genre. The movie has its brief moments of coolness, but as a whole just doesn’t satisfy as much as the video games I played dealing with the same subject. 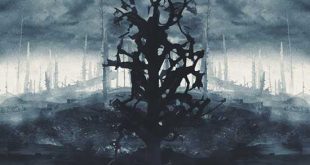 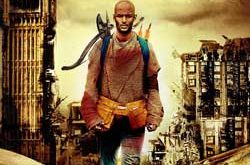