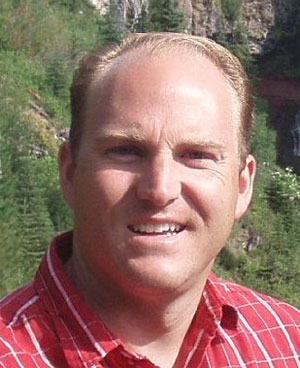 How much research did you have to do about the Donner Party & Cannibalism before starting on this project? I hope the research wasn’t too detailed. gulp.

I had heard the Donner Party story when I was a kid and then again in High School. I regularly ski and snowboard in the Tahoe area as well and had been to the Donner Memorial….. but with all that said. We really played on history in Necrosis. We have some Donner Party reference and flashbacks as them (Donner Party People) actually going crazy and killing each other with axes – which never happened… or that’s what”they” want you to believe. If you are a history buff then you will say we got it all wrong. Which is fine. I told one Donner Historian that seemed angry at the lack of historical fact that “It’s just a
horror movie.”

What was your favorite scene to direct?

I like to get physical with my directing, I don’t mind falling down, testing out the squibs on myself before the actors…. stuff like that. So I would say that I enjoyed the physical moments best. The gun shots and fighting in the snow.

Ah, now what do you think was your most difficult scene to capture?

There was some technical directing that I needed to do. I wanted to pull off some jump out at you scares. There was a bathroom sequence of shots that took a long time to get the timing and camera movements down. Plus I was laying down in a hallway directing from 40 feet away and on a monitor, calling out movements for the actor, special effects guy, and camera operator all at the same time. So I would put that one as the hardest or most frustrating. Then every shot outside while it was snowing (which is almost every exterior scene!). There were a lot of
difficult scenes…. But all fun and rewarding to pull off.

Of course, I have to ask this. What was it like working with Michael Berryman?

Michael is extremely charismatic. His experience is off the charts and he’s done it all…. Hollywood Blockbusters to the smallest indie films.
When you talk with him, he’s real. Movie stardom hasn’t changed him. He remembers his roots. Working for minimum wage…… hard labor. He has a connection with the snow because he used to work plowing it when he was young. He does love making films and has some great stories to tell. I wish I had more time to BS around with him…. Although my make-up crew knew every film he had done and had a million questions for him. Michael was very obliging and loved telling the movie making war stories. As far as directing him, it was a very easy task. With his experience all you gotta do is let him know what you want and he gives it to you… and more. I’d work with him again any day. 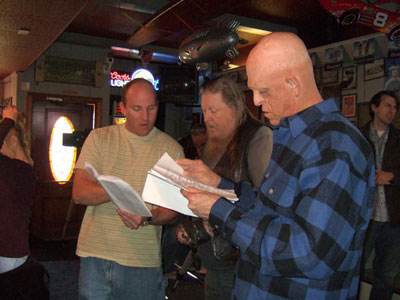 Without giving anything away, can fans look for Necrosis to be more psychological or more visual horror?

Definitely Psychological. There are a few scenes that might make you cringe…. But you’ll really start questioning what’s going on. It’s
not a gore fest by any stretch. I’d like to think there’s more character development in this film than a lot of others I have seen on
the lower budgeted scale. It’s a film that your girlfriend or wife wouldn’t mind watching…… although I bet they turn away or duck in your arms on a few occasions. 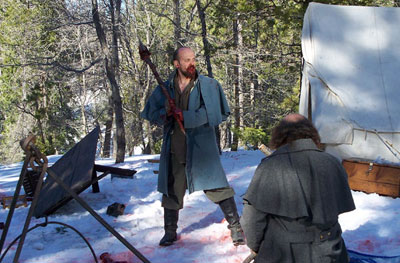 Are there any good scraps left on the cutting room for whatever reason?

Not much. We had a really tight shooting schedule. 19 days total. And a couple of those days were with doubles or scenery shots (i.e.,
helicopter stuff). We were getting hit with so much snow we actually had to cut some scenes and do a little re-writing on location. We were
hoping for a couple of days of snowy weather. That’s all we got. Day after day. There’s stuff I wish we could have shot. I’m sure every
director looks back and says… if only we had a couple more days. 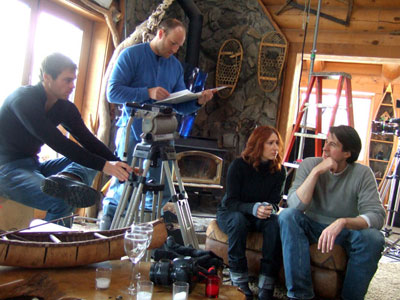 Is it too early to know about any DVD extras?

Not at all. We know you have to think about that before hand. And we tried to cover it. We started shooting DVD extras during pre-production.
We shot a lot of the life-casting by the effects team and interviews on location. We even have a lot of handy cam stuff shot by the make-up team while we were shooting and a lot of stuff shot by one of the actresses (Penny Drake) on her digital camera. We are going to try to incorporate all of that in the behind-the-scenes stuff. 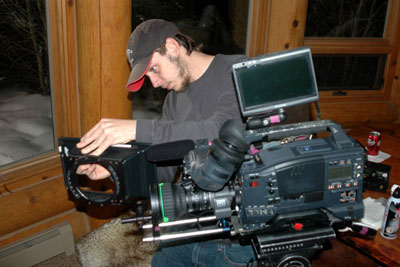 Do you have any good behind the scenes stories that happened during the making of Necrosis?

Even with all the stress, I think everyone had a really good time making the film. George Stults likes to screw off a lot and kept
everything really light. He was always trying to spook the girls or come up with some adventure. The actors would go drunken mid-night sledding at the resort they were staying at… (then the producer’s would have to smooth everything over with the owners the next day.) We had some tough moments too – generators going out while we were filming. 60 mile an hour snow/wind storms while the gaffers are trying to put up lights 60 feet in the air. I’m sure some of those events will make the dvd extras too! 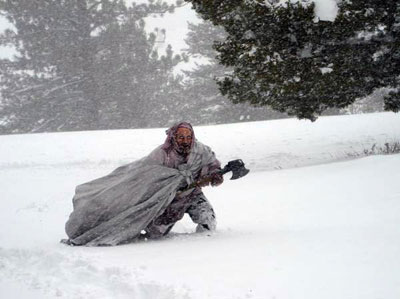 What films inspire you as a filmmaker?

I enjoy a wide variety of films and like elements in them or feelings they provoke – The darkness of “Seven” the suspense in “Dead
Calm” – The way Michael Mann puts together his action sequences, A classic horror like “Psycho”. Getting into Jack Nicholson’s mind
in “The Shining”. Those are always hard questions to answer ’cause I could go on and on. 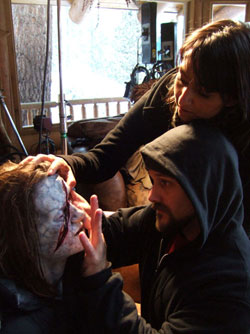 Hmm, I don’t usually ask this but it seems fitting. If you were trapped in a blizzard and there was no other way, who in your cast would find themselves as dinner and leftovers? Could be a new meaning to the term, first cut.

I’ll go with what kind of meat and then I’d have to decide when it came down to how hungry I was – Penny would be tough, Danielle very
tender and Tiffany sweet. And that follows their character’s in the film pretty well. Sorry, but I can’t get into any of the other cast
members… no offense. 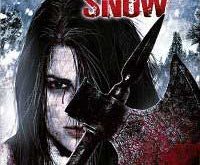