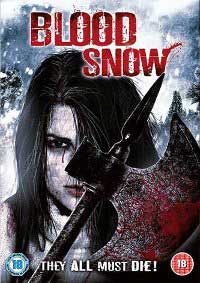 In 2009, six friends arrive at an isolated cabin to enjoy a long weekend in the snow. An epic snowstorm interrupts their vacation, trapping them on the mountain and resurrecting the haunting ghosts of the Donner Party.

One of these days the young people of the world are going to realize that staying in isolated cabins is not all that it’s cracked up to be. But hopefully that won’t happen anytime soon cause then what would we horror fans do? Necrosis is a respectable entry into this sub-genre, and it plays more like The Shining than The Evil Dead.

The movie opens in the year 1846 where we see a pioneer of the infamous Donner party screaming that hell’s gate has been opened. Cut to the present where six kids a couple of years out of college decide that staying at a cabin near the Donner State Park sounds like a great idea. Horror icon Michael Berryman even makes an appearance as everybody’s favorite horror movie character, the crazed local trying to warn them not to go up to the cabin.

Our kids include Jerry (James Kyson-Lee), ex-med student turned writer Matt (George Stults), Karen (Tiffany, yes, that Tiffany) and their respective mates. Up high enough into the mountains for zero cell phone reception with lots of snow falling and a generator that is constantly on the fritz does not a good outing make. But our kids will not be deterred from a having a good time, even though they find out that they are near the spot where the famous Donner Party tragedy struck all those years ago.

Everyone goes blissfully about their business except for poor Jerry. He starts seeing the ghosts of those pioneers almost immediately and they start to slowly drive him over the edge. These ghosts keep telling him to “save himself.” In fact, more than one character receives similar warnings throughout the movie. I wasn’t keeping track, but I believe this movie smashes any record for the sheer number of warnings given out.

After seeing this I have a mixed opinion of it. On the one hand I really liked it. It had all of the classical elements of a traditional horror movie which is never a bad thing. And over the opening credits you have a young girl singing, which is always awesome and creepy. The opening scene, while nothing great, did have some great lines from the crazed pioneer. Throw in some gratuitous nudity and heck, we’re halfway there to a great horror movie.

The dialogue had some nice touches but nothing fantastic. One funny sequence has the three guys discovering a body in the snow but deciding to leave it where it is. They don’t want to tell the girls about it as they might get “hysterical.” Although later when that body turns up missing, they break down and tell them anyway.

Which brings me to the point that I didn’t like about it. With a title like “Blood Snow” you expect there to be more blood than there was, which wasn’t much at all. In addition, I kept getting the feeling this was going to turn into an Evil Dead type slaughter fest, especially when one of the characters goes down into the basement and discovers an old scrapbook about all of the horrible things that have happened at the cabin over the past 150 years. I was primed and ready. This was going to get good. But it just never really took off from there despite some really cool buildup, creepy ghosts and some blood thrown in.

We just get to see Jerry act more and more paranoid until he goes over the edge. And even then it’s not all that exciting. Even the climax feels off and a bit rushed. This is one of those movies that really had a ton of potential but somehow just missed the boat, which is a shame. Not bad to catch once, but I really can’t recommend buying it to watch again and again. 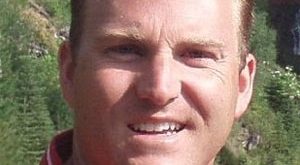