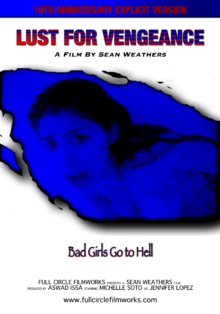 After finding out that an old friend has been brutally murdered a group of women (who are all troubled in some way) soon realize that the person who killed her isn’t quite done and is intent on making sure that they all meet a similar end. As the bodies start to pile up the detective working the case starts to realize that the person committing the murders may be a person from the group’s past who is taking his revenge on them due to something that happened when they were all in middle school together years earlier. Will the group be able to figure out who they murderer is and why he is stalking them or will he wipe them all out first?

At the beginning we are told that the events of the movie take place out of order, (kind of like “Pulp Fiction” or “The Grudge”) and that it is inspired by the Italian Giallo films and novels. I commend the filmmakers on attempting to make a Giallo-type movie, but in the end I think it was more like a soft-core p*rno than anything. “Lust for Vengeance” wasn’t a bad film, and while there are some things about it that I really liked it pales in comparison to some of the classic Giallo movies done by Bava, Argento, and Fulci. 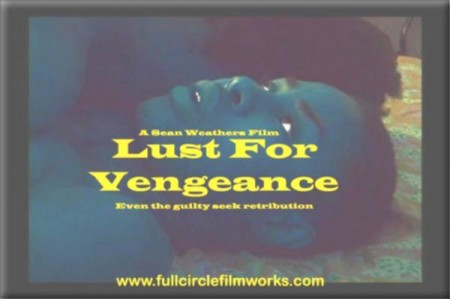 One of the things that I really dug about it was the fact that it was so low budget. I liked that it looked so grainy and that the color of the film changed color from scene to scene. I thought that this was an awesome idea (especially when the woman is being murdered in the “dark” bedroom and the entire scene has an eerie, red tone to it) and as a result it gave the movie a nice 70’s drive-in feel to it. I love low budget horror movies and I think in some cases having very little money to put into the film actually makes the movie better. This is definitely the case with “Lust for Vengeance” as I think that the fact that it is so low budget actually works in its advantage. 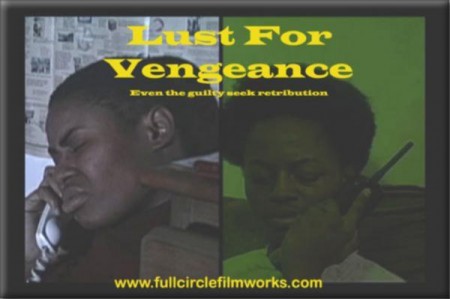 I also liked the plot too. Yes, it has been done to death countless times before in some way or fashion by other movies, but I think that “Lust for Vengeance” does it better than most. It helps that the cast is pretty good and I liked the fact that each character has some sort of an issue or problem that they are struggling with (one woman in the group is Bulimic, one is addicted to pretty much any kind of drug you can think of, etc) as it makes them a little more realistic and likable (or unlikable in some cases). The film reminds me a lot of “Valentine” to be honest, and while some people may dismiss it as just a rip off of that movie I have to disagree. I think that I liked “Lust for Vengeance” better and am curious as to which one was actually made first since both films were shot in 2001.

There were some things I didn’t really like about the movie as well. For one thing, there was a serious lack of blood and gore for my liking. Most of the death scenes were pretty lame and I wish that there could have been at least one that really stood out (though I did like the double impalement scene that is most likely a nod to “A Bay of Blood” or “Friday the 13th Part II.” There were also some parts that were just redundant as hell that made me want to skip to the next scene such as the weird sex scenes that kept taking place (what the hell was up with the lesbian scene on the beach that came out of nowhere and had pretty much nothing to do with anything else?). I mean I like p*rn as much as the next guy, but if I want to watch a p*rno I’ll just go out and get a p*rno movie somewhere. This was supposed to be a horror movie, and as such the long sex scenes got a little old pretty quick. 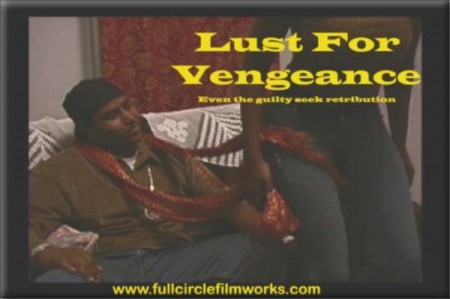 I liked “Lust for Vengeance” but I don’t know how many other people will feel the same way after watching it. It is an odd little flick that tries a little too hard at times but there was just something about it that I dug. It isn’t quite for everyone as the way it is shot will turn some people off, which is unfortunate as I thought that this was one of the film’s major strengths. Check it out if you get the opportunity to do so I think that there are a lot of people out there who will like it if they give it a chance. 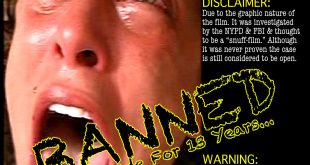 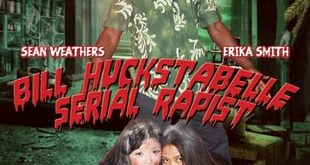