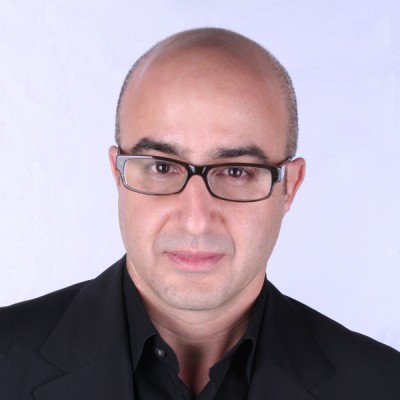 “LD Distribution plans to take an innovative and forward thinking approach to the marketing and distribution of our films. Mickey and I look forward to building a successful company on both a creative and economic level,” said David Dinerstein.

“We are thrilled to bring David Dinerstein on board to run our new distribution operation. He is one of the leading independent marketers in our business and we are confident that he is the right person to lead the charge with our extraordinary slate of films,” said Mickey Liddell.

“With our level of production, combined with our current acquisition and financing activities, full-fledged theatrical distribution becomes the obvious next step,” says Chad Reineke, Liddell’s head of business affairs.

Over the past few years, Liddell Entertainment acquired or produced a wide array of films including the Academy Award nominated Biutiful, starring Javier Bardem and directed by Alejandro González Iñárritu; I Love You Phillip Morris starring Jim Carrey and Ewan McGregor; Good Hair starring Chris Rock; upcoming release The Details starring Tobey Maguire, Elizabeth Banks, Laura Linney and Ray Liotta (The Weinstein Company acquired at Sundance 2011); as well as the genre movies, The Haunting Of Molly Hartley and The Collector. Before opening Liddell Entertainment in 2006, Mickey

David Dinerstein joins as President of LD Distribution and brings more than 25 years of marketing, distribution and acquisitions experience to the company. Dinerstein has an esteemed track record and has built and managed several independent companies from their inception. He has worked with numerous filmmakers including Quentin Tarantino, Steven Soderbergh, Justin Lin, Sofia Coppola, Baz Luhrmann, Jane Campion and Kevin Smith. His films have garnered over 72 Academy Award Nominations and 15 Academy Awards.

Most recently Dinerstein was President of D Squared Films. Previously he was President of Lakeshore Entertainment, and President and co-founder of Paramount Classics. He was one of the original architects of Fox Searchlight as Senior Vice President of Marketing and was head of marketing at Miramax Films.

Prior to Lakeshore, Dinerstein co-founded and served as co-President of Paramount Classics where he acquired, produced and distributed over 50 films including the Academy Award winner, Hustle & Flow starring Terrence Howard, and the award-winning Mad Hot Ballroom, one of the highest grossing documentaries of all time. While at the company he also created and oversaw campaigns for The Virgin Suicides, You Can Count On Me, which received two Oscar nominations, and the Golden Globe nominated epic, Sunshine.

At Fox Searchlight, film campaigns Dinerstein oversaw include: The Brothers McMullen, the winner of the 1995 Sundance Grand Jury Prize and one of “the most profitable films of 1995”; Bernardo Bertolucci’s Stealing Beauty; Al Pacino’s Looking For Richard; Ang Lee’s The Ice Storm and Peter Cattaneo’s The Full Monty, one of the biggest independent films of 1997. The Full Monty grossed over $45 million domestically and $240 million worldwide. It was nominated for four Academy Awards including Best Picture.

Previous films Dinerstein handled the marketing for include: the highly acclaimed and award-winning Pulp Fiction, The Illusionist, The Full Monty, Hustle & Flow, The Piano, The Ice Storm, Red State, The Virgin Suicides, You Can Count On Me, Cinema Paradiso, Like Water For Chocolate, Mad Hot Ballroom, Reservoir Dogs, and Clerks.