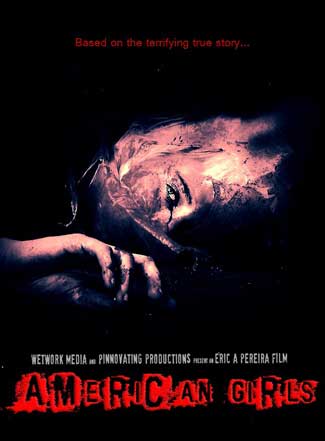 The Crime/Horror film AMERICAN GIRLS, loosely inspired by the Bega Schoolgirl Murders (a notorious Australian case which took place in 1997 – the location and date have both been changed for this production) is set to go before the cameras in January 2012.

The abduction of 2 high school girls decimates a small town and exposes the corruption, greed and murder that lies beneath the demeanor of everyday God fearing people.

Based on horrific true events; “American Girls” is a dark, nihilistic tale about the abduction, rape and murder of two high school girls and the fallout that nearly decimates a small Mid-Western town as long buried secrets surface when the police begin to put together the pieces of the crime. Using the frame work of movies such as “The Social Network”, “American Girls” offers no easy answers. Using multiple character points of view; the film presents a harrowing, psychologically astute look at a tragic crime and an uncompromising glimpse at what contributed to the death of the girls, the aftermath their families face and the utterly evil personas of their murderers.

“AMERICAN GIRLS” is set to be directed by Eric Anthony Pereira (House, Piranha 3d), who recently directed his first feature, “The Locals”.