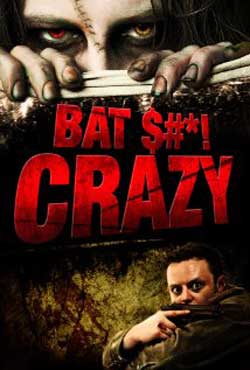 Joseph has one friend in the world with whom he shares his problems; everyone else just sees Joseph as missing a little cheese off his cracker. These problems include a girlfriend (who isn’t really his girlfriend anymore) who is being unfaithful, a missing dog, people talking about him at work, and now someone, or something, is following him. He’s been mixing his meds with booze and that’s not helping. He’s losing his mind, true, but that won’t stop him from not being the victim anymore.

“A belief is like a guillotine: just as heavy, just as light” – Franz Kafka

And so begins Bat $#*! Crazy. After watching the film in its entirety, I understand why the quote is relevant. The movie shows us the unfortunate path of Joseph, who has some textbook paranoid delusions: he’s being watched, there’s a conspiracy and everyone is plotting against him, etc. His belief that these things are true brings relevance to the quote…although the quote itself I am still wrapping my brain around. There’s a whole philosophy entwined in that quote. I need to do some research on it I suppose.

The film itself has a number of cool things going for it. The movie is interspersed with images from later in the movie which acts as an incredibly effective tool for foreshadowing. This technique is used from the beginning of the film and, in the opening scene, is edited into an interesting yet benign conversation (think Tarantino-esque dialogue minus the extreme circumstance).

Also present throughout the movie is an old folk tale about Lupold, a lonely wolf who is transformed into a murderous beast because of the manipulations of a deceitful crow named Ravetti. What’s cool about this element of the film is that I found myself as interested in the evolution of that storyline as I was in the outcome Joseph’s fate. Throughout the movie I was trying to determine who was represented by the wolf and who was represented by the crow. I think I finally figured it out, but what’s important is how cool the telling of the tale (voiced over by a child with a Britich accent) echoed the plot points of the film.

There were two other elements in the film that undoubtedly symbolized something, but, for the life of me, I can’t figure out what it was they were symbolizing. The first was an old man with an armload of books, and the second was Joseph’s missing dog. The former made random appearances in the movie like the locust dude in Hellraiser, while the latter was referred to numerous times by Joseph’s “friends” in much the same way that Snake Pliskin is told “I heard you were dead” in Escape From New York. This helped lend continuity to the film in a quirky kind of way. Nobody particularly cares for Joseph, but they are concerned about his dog. I have no idea what either of those two elements meant to the movie, though I’m almost positive they weren’t put in there by accident.

The movie is intriguing for the most part, although about midway through Joseph’s downward spiral into dementia it did seem to plateau a little, which made the story drag a bit; I became weary of further examples of his psychosis. Once I got past that little speed bump though, it tidied up nicely. The end left me a little confused, but didn’t make me angry. Even the soundtrack was groovy. It was like a strange c**ktail of New Age and Smooth Jazz. Think Yanni meets Kenny G, but cool.

I have to say, this film surprised me. I thought it deserved a way better score than the 2.2 that was displayed on IMDb. But that’s why critics suck. One man’s trash is another man’s treasure, as they say. 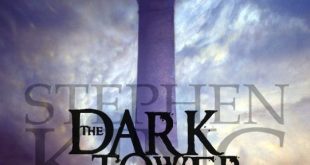 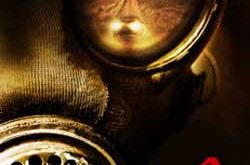 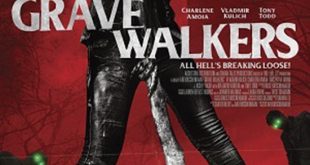