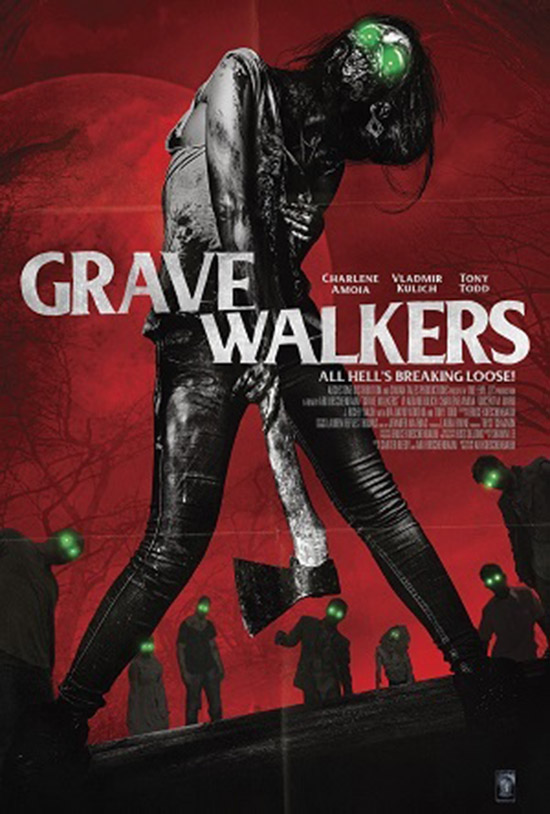 Supernatural forces are locked into a college town police force’s basement jail. The sheriff and his deputies are subjected to psychic attacks, preying on the fears of the loyal officers and only those with the strongest wills can survive.

There are a whole lot of lookssortalike’s in the pseudo-zombie flick Live Evil (aka Grave Walkers).

In fact, truth be told, at first Live Evil itself lookssortalike a decent movie, but looks can be deceiving.

The opening moments of Live Evil do offer a sliver of hope. With an interesting, compelling first shot that looks like it came right out of Fargo—not to mention some early imagery that suggests an original, intriguing creative vision—it initially appears as though Live Evil could be an entertaining, well-executed horror flick that rises above a lot of the other low budget fare out there.  Before long, though, it becomes clear that Live Evil is an uninteresting, tedious slog that is ultimately downright difficult to sit through.

It’s Halloween night in a sleepy college town, and evil appears to be running amok. Original, huh? In this particular version of that story, the evil in question manifests as some sort of mysterious entity that appears as different things to different people. For some, it’s a long-dead abusive father. For others, it’s the region’s most notorious serial killer. For others, it’s the guy whose drunken car crash killed his sister on prom night. For all (well, most) who see it, though, the thing inspires instant hatred and rage, eventually turning them into something akin to zombies that rampage through the unsuspecting town.

There are moments when Live Evil wants you to think it’s a traditional horror film, and then there are moments when it wants you believe that it’s camp…and then others still when it wants to pretend it’s a farce. It would be great to say that this is because it has many levels and layers and is clever enough to be different things to different people. Unfortunately, though, it’s simply unfocused, poorly written, and derivative in all the wrong ways. 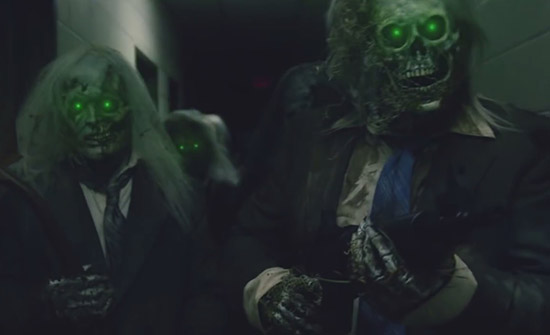 The blame for this mess rests squarely on the shoulders of writer/director/editor Ari Kirschenbaum, whose use of portentous quotations, sudden shifts from black and white to color (why, now?), and pretentious chapter titles suggests a self-styled auteur who thinks far too much of his material. Kirschenbaum —whose previous credits include 2002’s Fabled and 2011’s Bat $#8*! Crazy—has here constructed a film with some semblance of technical merit and the benefit of a handful of fun and appealing performances; but his absurdly uninteresting story, brain-cell-deadening dialogue, and mostly ham-handed direction sink the entire enterprise.

And it isn’t as if there were no money or effort spent on Live Evil. For a presumably low-budget horror flick, there appears to have been plenty of money to spend on a huge cast, an army of extras, more prop guns and gunfire than you might care to count, and lots and lots of special (though admittedly extraordinarily cheap-looking) effects. And, hey, for a film that unfolds in what’s supposed to be a small college town, there are so many different locations that it must have taken real restraint not to use one of those full-screen animated maps to log each character’s journey from one scene to another.

And speaking of characters, that brings us back to those lookssortalike’s. 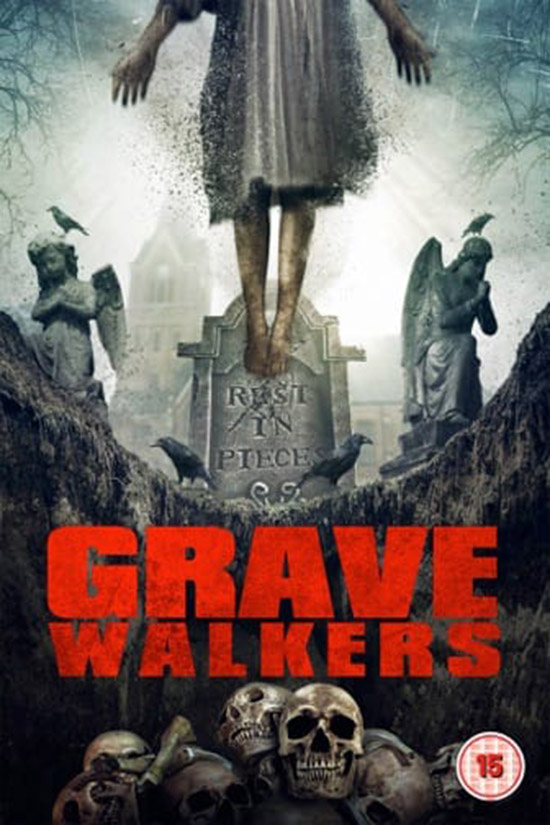 As it turns out, the guy who lookssortalike Tony Todd actually is Tony Todd, playing a minor role as the pastor of a church where the action of Live Evil climaxes (or maybe fizzles is a better way to put it).

It has been nearly 25 years since Todd’s title role in 1992’s Candyman marked his ascension into the constellation of modern horror’s minor icons. And over the course of a long career he has logged an impressive 196 (and counting!) acting credits in film, TV, and video games, including a growing collection of forgettable roles and films. Still, it’s depressing to see an authentic horror star with legit acting chops reduced to this kind of dreck. 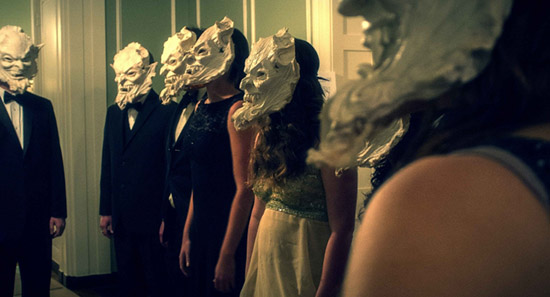 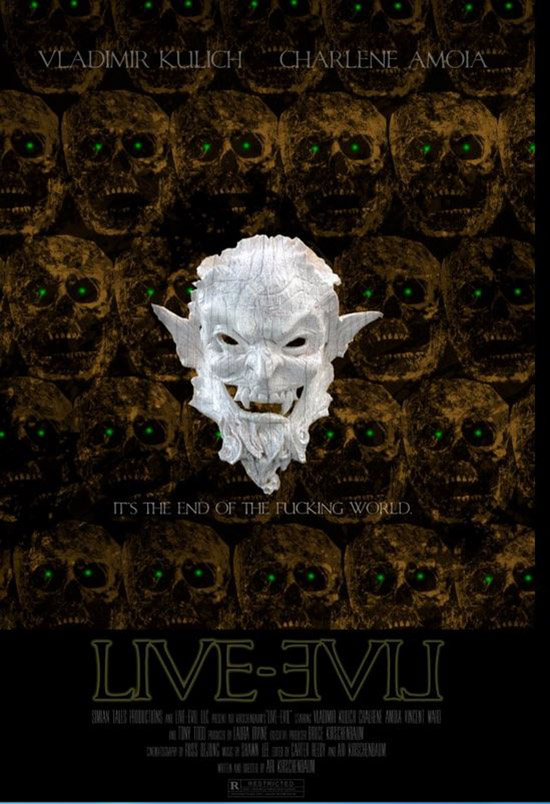 Though, in fairness, the same can be said for much of the cast, in particular Charlene Amoia (as Deputy Hancock) and Vladimir Kulich (as Sheriff Pete). Those two bring a robust list of credits to the film, not to mention a burst of no-holds-barred enthusiasm that, in the right hands, could have made Live Evil an entertaining romp.  Instead, Kirschenbaum’s lifeless script and limp direction leave them both—not to mention the rest of us—completely hanging out to dry.