On July 9-11, 2010 Wyndham Hotel and Conference Center hosted Famous Monsters of Filmland Convention to bring together horror fans from all over the Midwest for a celebration for all things horror. This was Famous Monsters of Filmland’s first convention in Indianapolis, IN with much to prepare and anticipate after a very successful Horrorhound Weekend just three months prior in the same city.

The convention opened its doors to fans with special passes at 4 PM Friday, but opened to the rest of the attendees at 5 PM. The layout of the convention was spread out throughout the first floor of the hotel.

The Famous Monsters of Filmland brochures available at the entrance were the convention goers lifesaver, as it mapped out who and what were in various halls and ballrooms were vendors and celebrities were awaiting the arrival of fans. 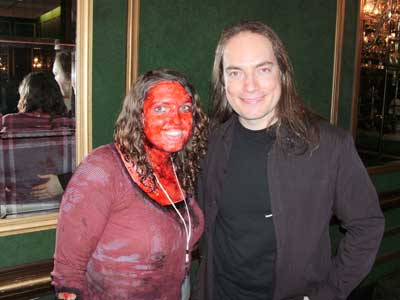 With so much occurring and so much to be ready for, the staff of Famous Monsters of Filmland had their hands full trying to tend to both convention goers and celebrities as they were accommodated in the Wyndham Hotel. The Wyndham Hotel did a fantastic job providing the facilities and help needed whenever possible to the influx of people being brought in to their place of business.

There were two bars in the with smaller cash bar vendors set up throughout the convention, along with tables selling food and non-alcoholic beverages. The Wyndham even had a special $99 rate for rooms in the hotel, so that fans and vendors can rest without having to drive home each day. 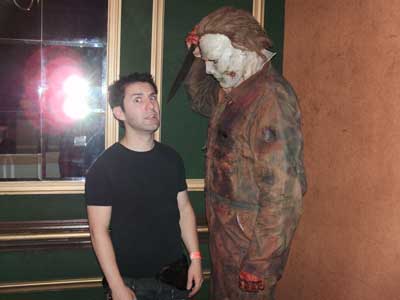 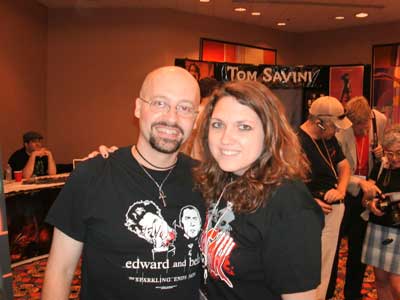 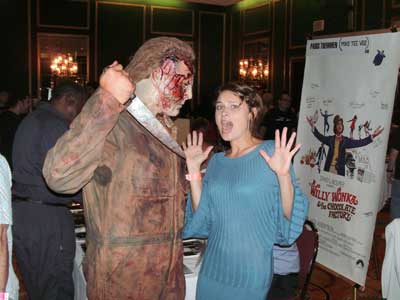 Famous Monsters of Filmland was not immune to the problem of celebrities cancelling at the last minute, as Margot Kidder(Amityville Horror), Eric Roberts, and headliner Thomas Jane(The Punisher, The Mist) were dropped from the line up before the convention started. The ballroom that housed some of the horror celebrities was very dimly lit, so photo opportunities were difficult to accomplish without a flash that was hard on the guests’ eyes. Also, a problem of miscommunication was widespread amongst celebrities and vendors.

For example, vendors were promised before the convention via online communication that they were provided with a special room to take a break with food and drinks. There was one room that had food and drinks that vendors, press, and celebrities were allowed to go in Friday, but was only allowed access by celebrities on Saturday and Sunday. Saturday was in uproar first thing in the morning, as vendors were angry that there were not enough tables for vendors that showed up on Saturday. Staff worked hard to accompany the vendors, and found spaces for the lack of tables. The beauty and tattoo contests both occurred, but there was mass confusion of the outcome of the contests. 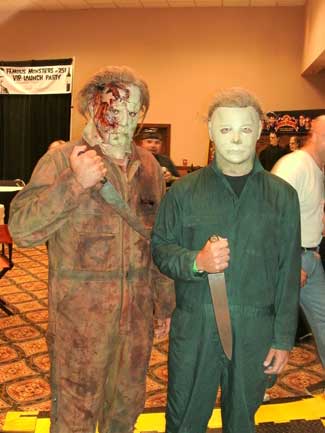 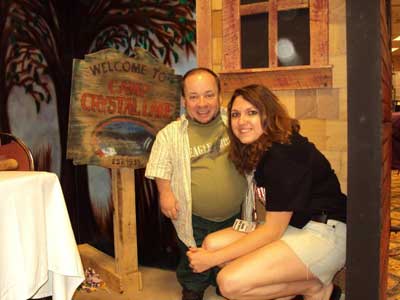 Despite the competing Twilight convention across town was occurring at a cheaper rate than the Famous Monsters Convention, there was still a decent turnout for the first ever convention by Famous Monsters in Indianapolis. Even though there was some loopholes in a perfectly ran convention, the celebrities that did attend were ready and willing to meet fans and take pictures with them if the opportunity arouse.

Conventions are a perfect opportunity for horror fans to gather to meet icons and other fans around the area, and I am very thankful to Famous Monsters of Filmland for choosing Indianapolis as the site of their show in July and providing me with a pass to cover the event. Enjoy the pictures we took, and thank you for reading! 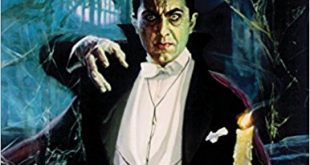