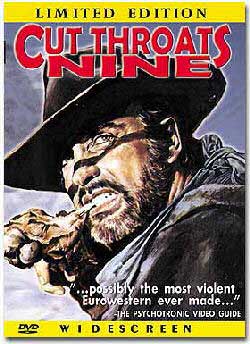 A wagon load of convicts on their way to prison is being escorted through the mountains by a cavalry troop. They are attacked by a bandit gang, and only a sergeant, his beautiful young daughter and an assortment of seven sadistic, murderous prisoners survive, and they are left without horses or a wagon. The sergeant must find a way to get his prisoners to their destination while protecting his daughter, watching out for the still pursuing bandits and trying to determine which one of the prisoners was the man who raped and murdered his wife.

Sort of a odd hybrid of sorts, this crime western has developed a bit of cult-ish following over the years. Directed by Joaquín Luis Romero Marchent, “Cut Throats Nine” arrived in 1972 carrying a rather graphic display of violence for its Western entry. In some respect, it was embraced by the horror community even with its spaghetti western sensibilities. Forming a brooding tale of compassionless convicts who are only kept in place due to their ankles being chained together, the film keeps it simple with a stick-to-the-basics approach. 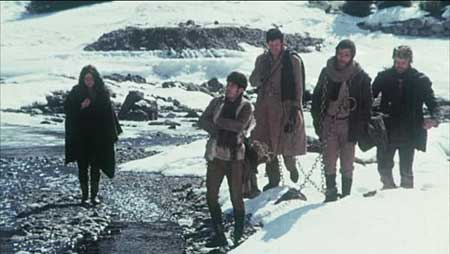 A wagon full of chain gang convicts are in route to be transferred to a faraway prison. The wagon is held up by some anxious bandits who believe there is gold being transported. When they find that the wagon is empty of any such treasure, they kill off most of the guards and send the wagon hammering forward attached to a pack of wildly spooked horses. The wagon crashes and the group is left to drudge it out on foot. Leading the pack of prisoners, Sgt. Brown is intent on transporting his pack of human cargo to its rightful destination. His beautiful young daughter by most standards, seems wrongfully out of place among hardened criminals, but has come along for the ride. 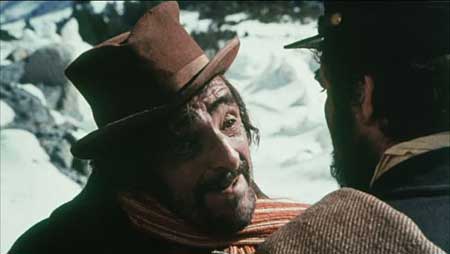 Conditions get harder and the load gets heavier. In one instance one of the wounded is killed and then later burned alive in an effort to “lighten” the load. The sergeant suspects one of the group to be responsible for murdering his wife and keeps them in line at the end of his pistol. When one of the prisoners pulls a “won’t budge” stand off, the prisoner is instantly shot in the face, amputated per ankle and left for dead. This display of violence stays pretty active through the film in one form or another. Each convict relies on the other to survive thru the harsh winter forest. 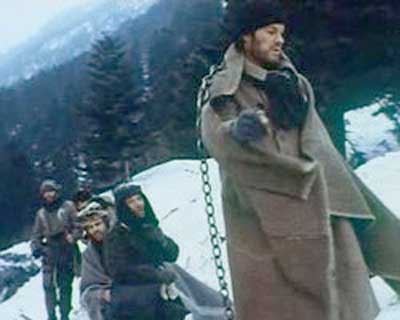 We learn pretty fast though that while that may be true, they are all only a second away from killing the other. This form of constant tension seeds the action in the movie with some unexpected turnarounds and in the moment aggression. When the Sgt struggles to carry his passed out daughter to shelter, the rest of the group wastes no time in beating him half to death , raping the daughter and gaining control of the situation. From here on in, it’s pretty clear that’s its every man for himself in the company of murderers, rapists and thieves. While we do get that they are a short-lived team, there is never really any doubt that they are all concerned about their own well being and survival over the other. 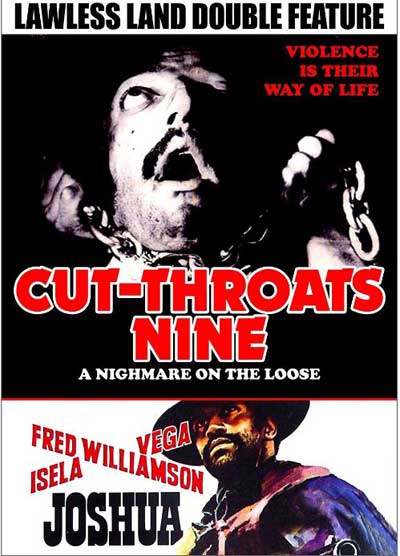 What is probably unique here is the level of practical FX kept strong thru out with eyes popping out, necks being slit and limbs being occasionally hacked off. In the case of most westerns this kind of graphic display is kept to simple shooting and off camera violence. Though Joaquín Luis Romero Marchent had other plans in this gritty Spanish tale. This display of violence combined sometimes with gore easily makes this a stand out entry into the western arena. 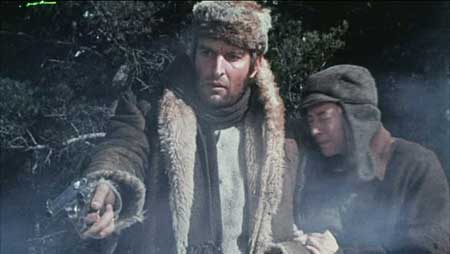 In several reviews, the response has labeled “Cut Throats Nine” as one of the most brutal westerns ever made. That label might be bit too over marketed for what it actually is, though its still a really good combo experience and does use that aspect of brutality more than others of its genre. I think perhaps its early time frame use of violence stood out more than what was being created at the time. Cut Throats Nine seems like the kind of film that would be listed among the Video Nasties, though last time I checked wasn’t included into that grouping 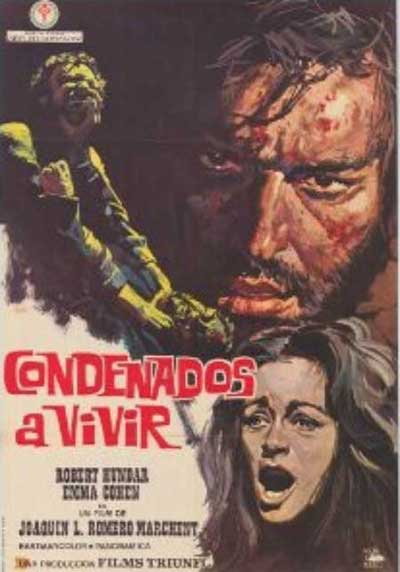 In recent reports, the film was on schedule to be remade for a 2011 release, though the production is on hold at the moment. Whether this reaches a remake or not, it still stands as a memorial raunchy wild west film that has left a mark on the western horror cross-overs. 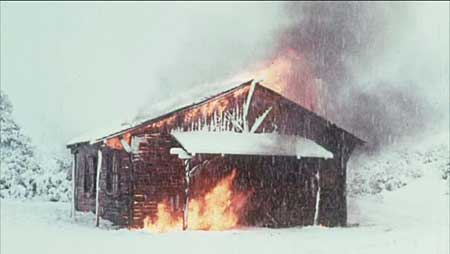