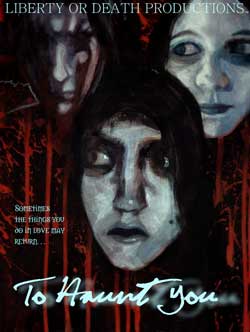 Strange things start to happen to Jill when she breaks up with her boyfriend of the past few months. The phone keeps ringing but there’s no one there, she sees strange messages on her tv screen, and a strange teenage girl is hanging around her home. Is it all a campaign of harassment by her ex boyfriend–or is it something more?

“To Haunt You” is a micro budget release that arrives from the creation engine of Liberty or Death productions. The film is directed by James Mannan and stars Emily McMillen in the role of Jill Stevens. At the time of this review, I wasn’t able to find a direct IMDB listing for the film so my notes may be sparse. 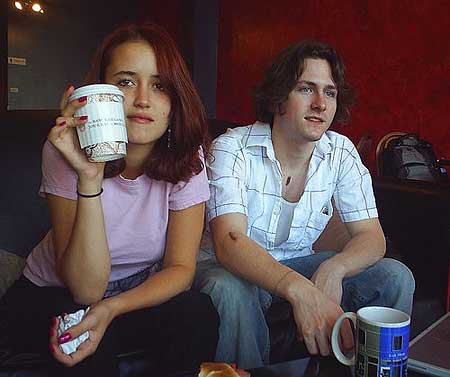 In short, “To Haunt You” is a simple made somewhat strange ghost/vampire story hybrid. It deals with death,  relationships, sex, suicide and the story of Jill Stevens who becomes haunted by the ghost of a past boyfriend. Emily McMillen is clearly the highlight here and brings the best acting performance of the team. Her sad puppy eyes only reinforce her natural approach to dealing with boyfriends and relationship issues.

The film itself begins with an investigator who is trying to gain information on the case and the whereabouts of those involved. This quickly back flashes into the story which retrospects into what took place. Jill (Emily McMillen) has moved on from her former boyfriend Greg Matthews (Patrick Cavanagh). We don’t really get the full explanation of “why” it didn’t work out but we know that she is comfortable with her decision which includes a new boyfriend. Living alone, she finds herself sometimes at odds with her parents who have also moved on from each other. Her life is pretty simple. It involves stocking VHS tapes and just trying to get thru the day.

Greg is still obsessed with her and doesn’t really understand why they are not together. In any case, Jill has bigger problems which include a mysterious goth woman who appears in her backyard and a sense that maybe her house is slightly haunted. There is not much here in the way of scares, gore or extreme violence so on some levels its a safer film than others on the market.

This presents the gist of the premise, but a few surprises await that she wasn’t expecting. The movie really puts its energy into story and forgoes any fancy tricks, film looks or high production inclusion. For most this “just shot” on camcorder look might be a little too micro for comfort level, though there’s at least a decent story that unravels within the cracks. As mentioned before, most of the film is shot around Jill’s life and issues. Surprisingly she even does a hand full of nude scenes upping the adult scale on the whole deal. I had mixed feelings on the story itself, which I cant fully detail without giving the final act away. Though it does win points on its last scene ending which made alot of sense to me. 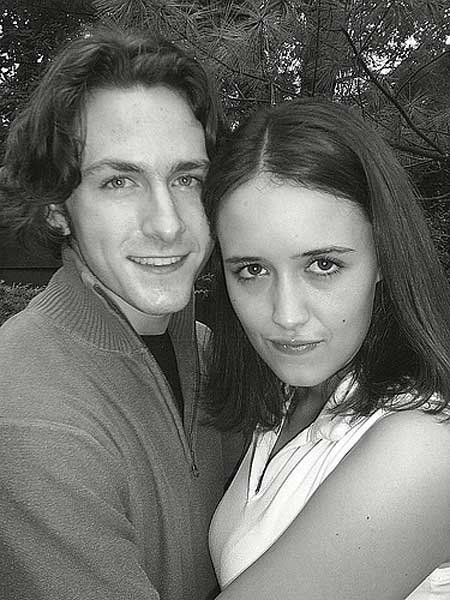 I think that with some work this production company could up the scale on editing and trying out some tonality treatment for more cinema feeling presentation If the future holds any budget behind it, it certainly would benefit from shooting HD and keeping things more in line with 24 fps.

“To Haunt You” is a worthy attempt for horror fans which may not win any eye candy awards on a low budget attempt but may win you over in its 79 minute premise. I expect to see more of Emily McMillen by using this as a demo for higher production auditions. James Mannan is on the right path and shows promise as a future filmmaker who is ready to take on bigger things. It appears on research that the filmmaking team is making rounds in festivals and venues. I’ve seen enough of these beginnings that I’m sure “Liberty or Death Productions” will move on to bigger greater things.