While visions of sugar plums dance in the heads of many Yuletide-minded Americans, December brings another ghastly episode of the hit thriller TV series, “Lee Martin’s The Midnight Hour.” 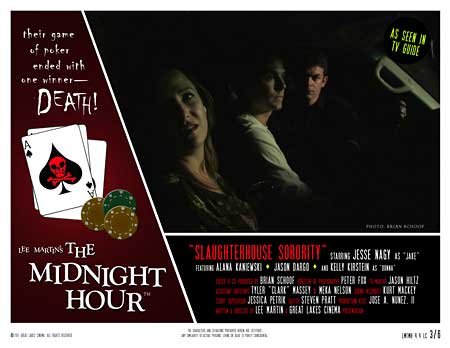 Premiering Thursday, December 1 and repeating Thursdays and Saturdays throughout December, “Slaughterhouse Sorority” tells the sordid tale of four college co-eds whose game of strip poker turns deadly when one of the players drowns in a bucket of dog-blood; the climax to an evil hazing gone wrong. The survivors scramble to make the death look like an accident, only to return for a night of bloody horror when it appears the unlucky sorority sister isn’t as dead as everyone thought.

“Whenever you combine teen sex, murder, mystery and horror, you’ve got a good show,” says series creator Lee Martin. “People are thinking about the holidays now, but when those cold winter nights set in nothing’s more fun than sitting in front of the TV with a good snack and a creepy thriller.” 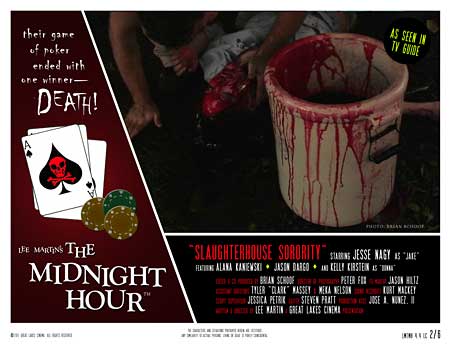