Home | Dolls of a Feather – Scary Creepy Dolls for your Pleasure

Dolls of a Feather – Scary Creepy Dolls for your Pleasure

When I was just a wee and strange little child I had two great loves in life – Barbie dolls and ghost stories. The only trouble with Barbie is that pink lame kind of leaves me feeling nauseated and a sparkly corvette is by no means my idea of a dream car. So I spent a good many childhood hours stitching Barbie up my idea of a dream wardrobe and spray painting her corvette black and purple, while watching the delightfully tacky “Tales from the Darkside” and long lost “Monsters” tv series. I got ghostly costume ideas from the Time Life Enchanted World books my dad collected, and before long my Barbie dolls haunted a world of hand made creepy lux glamour.

Here we are 25 years later and I spend just about all my time twisting Barbie parts and real dead people into fancily dressed elegant nightmares while I watch an endless parade of horror movies. Oh how things (don’t ever really) change. But I do have hobbies too, I don’t just spend hermited hours among piles of dead bodies sewing little doll dresses, ok yes I do, but from time to time I will get out and about if only to go hunting for other dolls, pretty, skin crawling, hair raising little lovelies to keep me and my dead dolls company.

Dolls in horror are absolutely nothing new. Their very nature of appearing so very human like yet staring and soulless can often unnerve the most stalwart. Even the innocent little babies in frilly bonnets and bloomers can make you feel as if less than sweet intentions are going on behind those eyes whose stare you can’t shake. Thanks to super scary things like the classic soul stealing voodoo doll and the ghostly Isla de las Muñecas (Doll’s Island, near Mexico City) it’s a wonder that any dolly gets a warm reception into every other house on the planet. 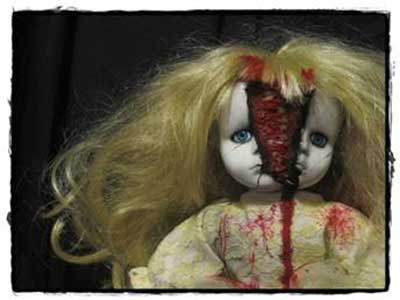 What is relatively new is the ever expanding market of wonderfully macabre art dolls that can be collected and loved by whomever should want a little playful darkness of their own. Besides the fact that I am grateful for the current interest in horror art dolls since it means I have job, I also love it because it means I can have shelves full dead dolly treasures of my own. I am not a huge fan of the Living Dead Doll lines, though I do own a couple, they get relegated to the backs of shelves and are generally chatted up by my assortment of Cobra Commander action figures (maybe I should get out of the studio more). I am just not fond of the plastic mass produced simplicity of them especially since there is an honest to goodness plethora of amazingly high quality originals out there that you can own for not much more money than you would spend on a load of machine stamped plastic.

Among my favorites are the infamous Creepy Dolls by Christie “Bastet2329” (you can find her work on her website www.bastet2329.com/ or in her Etsy shop Never interested in porcelain dolls as a kid I suddenly feel a need to own everything Christie has ever produced. Imagine a nursery filled with monstrous headed vampires and zombie eyed nuns producing an endless parade of toybox nightmares, and that would be the fun of having a Bastet collection. Much like a make up artist will tell you that cosmetics are meant to highlight and enhance one’s natural beauty, so Christie has the ability to find and enhance a doll’s inherent creepiness. She artfully pulls out the devilish from the mundane, the horrific from innocence and somehow makes the doll wear it with a disturbing grace. 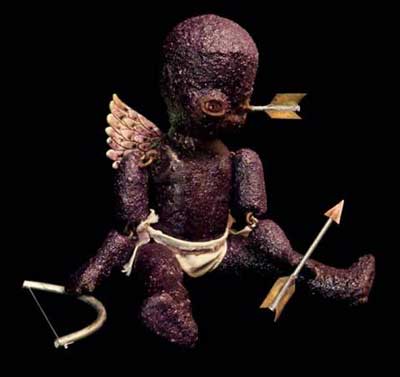 Another of my personal favorites are the sweetly unsettling Sandbaby Castaways by Glenda Rolle . These little darlings make me want to pick them up and nurture them back to sanity, or lock them in an iron box and lose the key. Their jointed, sandy bodies have the skin crawling look of some scratchy Quay Brothers concoction and each with their single blinky eye makes you feel as if they are seeing things about you that you wouldn’t want anyone to know, much less a disturbingly adorable dolly. The Sandbaby’s feature in the hauntingly lovely book “Upon Water’s Edge” available from the artist’s website. Glenda’s Sandbaby’s have an equally creepy family – including the spike headed Pesticide Doll and the unfortunately pierced Clumsy Cupid. I very much like Glenda’s ability to simultaneously tap into my “aww that’s cute” and “run away screaming!” aesthetics.

I am not the biggest fan of baby dolls or kiddie dolls, whether they be horrified or cuddly, I just find baby dolls sort of of boring – much like I find real babies, but that is another article. Carol’s creations, however, make me want to giggle and clear some serious space on my doll collection shelf to fit in these blood soaked tots. The artist herself is well immersed in the world of horror and knows exactly what it takes to make an observer feel nicely disturbed. While you may be able to find other hand painted zombies out there Carol has a talented knack of taking them a level further and has no qualms about going for the guts and the gusto. And what is more, she just makes blood and mayhem look like a hell of a lot of fun. 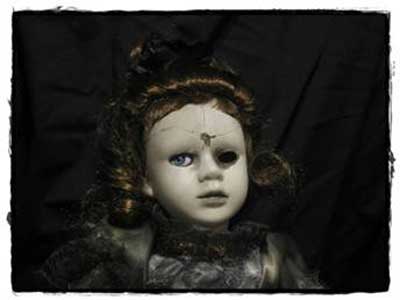 There are a few horror doll artists who have taken on a high horse attitude for various reasons, not willing to play in the big bloody toy box with the rest of us. That just sucks the fun out of our corner of the industry, usually if you run into one of us twisted doll makers you will find that we draw a lot of inspiration and appreciation from one another and that’s the way it should be. If I ever find myself lost in The Land of Misfit Toys I hope it’s populated with Christie’s vampires, Glenda’s Sandbabies and Carol’s bloody zombie kids, one of them would probably eat me but I would die happy.
www.myspace.com/dollsanddeadthings 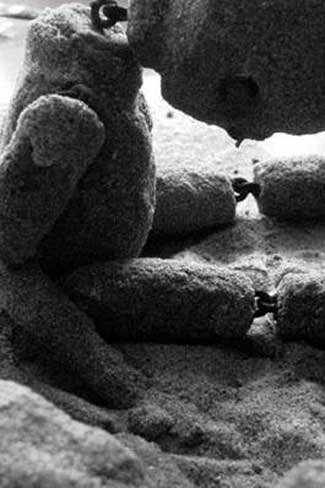 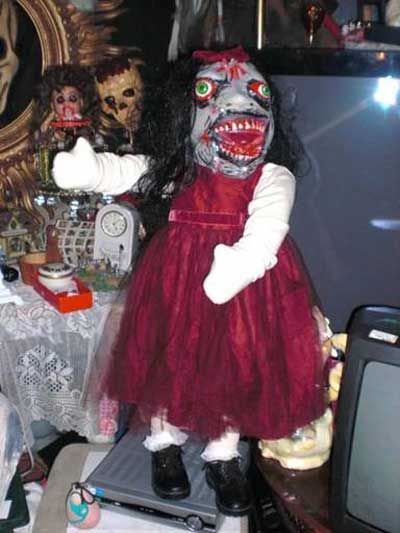 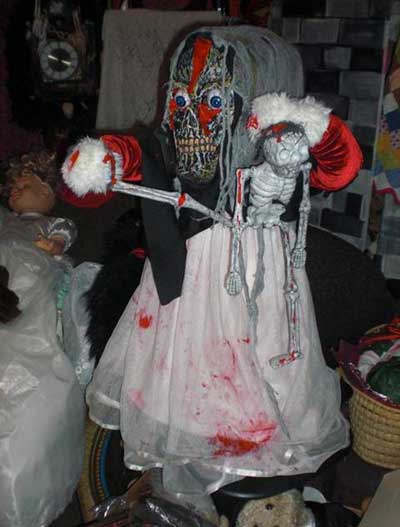 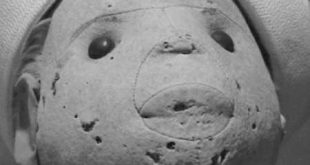