Danger After Dark has acquired all-rights for North American and United Kingdom to “X-Game,” DeathPenatly.com,” its sequel “DeathPenalty.com: the New Beginning” and all North American rights to “Strip Mahjong: Battle Royale.” The deal was finalized today at the 2011 American Film Market.

“We are excited to bring these films and their talented filmmakers into the Danger After Dark family,” says Derek Curl, President/CEO of Danger After Dark. “Each film’s unique vision of film-making presents a variety of styles and demonstrates that Japanese filmmakers are also developing creative, twisted and imaginative “indie” genre films to entertain, shock and satisfy the hunger of film fans.”

The deal was negotiated between Derek Curl, President/CEO of Danger After Dark and Naoko Sakakibara, Head of International Sales at Jolly Roger, Inc. 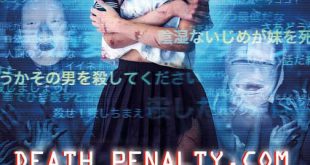