November welcomes ‘Tortures of the Damned’ onto free streaming video 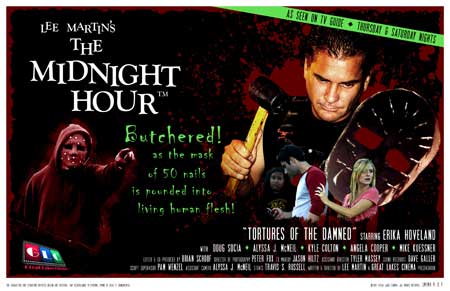 In “Tortures of the Damned,” a trio of over-privileged high school students decide to carjack and assault a middle-aged man just for kicks. When their newly aquired flashy Corvette runs out of gas deep in the country, they take refuge in an old house where years before, an unbalanced man tortured his wife to death. As night falls, they begin to suspect he has returned—with good cause.

“We’ve kept things fresh in the fourth season with fast-paced stories featuring interesting characters doing interesting things,” says series creator Lee Martin. “The second half of season four will be even more brutal than the first, testing the limits of the show’s TV-14 rating.” 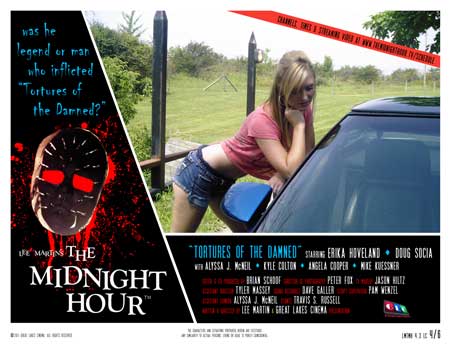 The episode features outstanding performances from Canadian scream queen Erika Hoveland as the unlucky wife, as well as several other members of the cast. 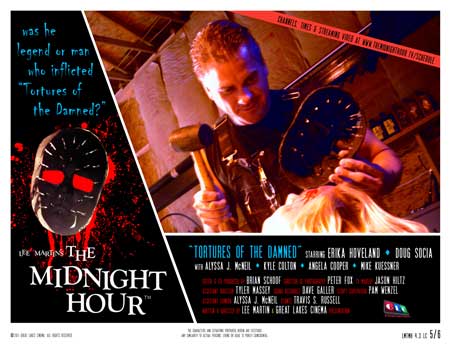 “Tortures of the Damned” airs every Thursday and Saturday throughout November, 2011. For channels & times plus a live streaming video simulcast link, visit www.leemartinsthemidnighthour.com.

Tags Tortures of the Damned