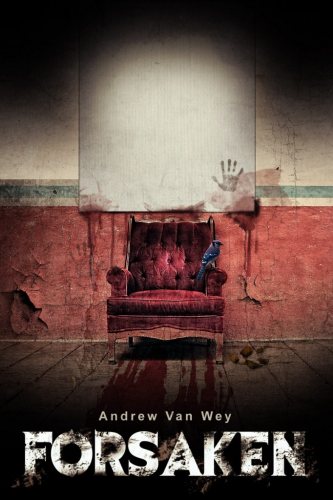 When I was thinking about how to begin my review of Andrew Van Wey’s Foresaken, I gave serious thought to starting with these three words: “This book sucks.”  But when I floated this idea to my wife she talked me out of it, arguing it wasn’t professional, wasn’t much of a review, and in any event, wasn’t really fair.  After all, Mr. Van Wey probably spent the better part of a year – or more – at work on the novel, stealing time from friends, family and other obligations, and given his own commitment to it, I shouldn’t simply reduce my impressions to three words.  In essence, he put work into it, so I should put work into it.  And, as she almost always is, my wife was right: it wasn’t fair to start a review that way, and so I didn’t.

However, that doesn’t change the fact the book sucked, it only changes that I’m going to elaborate on how it sucks.

It’s worth mentioning that, before I dove into the book, I did not read any blurbs or plot descriptions of the novel.  Part of this was really easy to do, given I read the book on a Kindle and the Kindle magically doesn’t give you a back cover or dust jacket to skim over when you’re bored.  The other part was a little tougher, because all of these blurbs and plot descriptions were contained in the email coordinating this review, but I managed to avoid them anyway.  The reason, of course, is I wanted to read this book completely pure and clean and free of any preconceived notions of the plot, the characters, or anything else.  I wanted simply to read the book and form my opinion on it, from it.

In retrospect it was a wise decision on my part, given that even though the author draws comparisons between Forsaken and the works of Clive Barker, Stephen King and Richard Matheson – all writers whose work I’ve enjoyed – he also threw around the name Peter Straub, an author I’ve sampled and never found an affinity for.  Quite simply, I find Peter Straub over-written and dull, two complaints I could safely level upon the work currently under discussion.

Forsaken is the story of Daniel Rhinehart, a university professor and art restoration expert, looking into the origins of a mysterious, unattributed painting that shows up unannounced at the university one day.  Just as he begins his investigation, a graduate student he’d previously had an affair with, returns from a program in Italy and all at once, his life comes unglued.  At heart, Forsaken is a ghost story, only, in this story it isn’t a house or any other place that’s haunted: it’s the painting.

It goes without saying that Forsaken is a silly book, all ghost stories are, but Forsaken is especially silly.  In the past we’ve had haunted houses, asylums, hotels, prisons – even a Plymouth Fury.  I suppose that following the natural progression, a haunted painting was bound to happen, just as it will one day come to pass that somebody will write the first ever ghost story about a haunted dust bunny.  As an aside, the haunted dust bunny is my idea, I called infinite dibs on it.

Nevertheless, Forsaken is silly, but I don’t especially fault it for having a silly plot.  After all, some of the best books and movies hinge on stories that would make even the most open-minded individual roll his eyes, and if my favorite writer, Stephen King, isn’t the silliest writer in the history of the modern world – for crying out loud, he wrote the book about the haunted Plymouth Fury – I’ll pull a Werner Herzog and eat me shoe.

But while I can’t fault it, generally, for a silly plot, I can fault it when the silliness of the plot pulls the rug out from under itself.  In fairness to the author, I won’t reveal too much of what makes the book collapse – after all, he probably spent a lot of time on it and doesn’t want a bozo like me spoiling the ending willy-nilly.  Needless to say,
though, the book succeeds reasonably well in holding itself together until the last act left-field revelation, that’s meant to explain, only bogs the story down under such a heavy layer of implausibility and logical inconsistency that my immediate reaction upon reading it was the aforementioned assessment: “This book sucks.”

I’ll acknowledge, though, that some people are okay with silliness, implausibility and logical inconsistency.  After all, lots of people ride roller-coasters claiming they want to feel the exhilaration one gets from a near-death experience, even though going in they know they won’t die, which means that if death is not an expected outcome, they aren’t having a near death experience at all.  So, if people can delude themselves into thinking roller-coasters provide a near-death thrill, what’s to stop anybody from treating ghost stories – and this story, in particular – as anything other than a roller-coaster ride?

So even if one is forced to accept a certain amount silliness, implausibility and logical inconsistency as essential components of the ghost story genre, Forsaken still has problems I cannot hope to overcome.

First, the novel is plagued with structural issues.  I might be nitpicking here, and my complaints might simply amount to nothing more than explaining how I would have written the novel differently if I’d written it, and therefore I’m really not reviewing it as much as imposing my own narrative preferences on the work of another and depriving that author of his prerogative to compose his novel as he sees fit, but structured as this novel is, with the point-of-view within the story shifting from character to character within a given chapter, I was constantly ripped right out of the plot.  Most of his could have been solved by just breaking chapters down into smaller chunks, a solution that seems fair, given that the book has so many chapters anyway, that ten or twelve more wouldn’t have mattered.

Second, is that the author completely overwrote the book.  As I said before, I did not read any blurbs or plot summaries about the novel before going into it.  One of the things I also didn’t read was the author’s biography.  It was only after the fact that I perused his website, at andrewvanwey.com, and found that Mr. Van Wey’s girlfriend describes him as being unfamiliar with the concept of brevity.  On this point, I completely concur with her assessment.  Looking back over my notes, taken while reading this book, I was astonished at how many times I used the word ‘overwritten.’  It was literally, dozens of times.

Yes, I appreciate the author is capable of crafting a lovely sentence; has some talent in setting moody scenes, filled with dappled light and beautiful flowers and trees; is adept at offering up pointless red-herrings about post-traumatic stress disorder; excels at presenting endless, inessential back-story; and creates a masterwork of overly-obvious, post-climax explanations, but that doesn’t mean he should lose himself in it.  I mean, just because you can start off every chapter with beside-the-point information and details, doesn’t mean you should.  After all, just because the author is intent of giving the novel a ‘slow build’ – which is how the author describes this story – that doesn’t require it to be interminable.

As I said before, when I read the book I read it on the Kindle and one thing the Kindle does different from hard-copy books is that it doesn’t track pages, it tracks  percentages.  And with that little number at the bottom of the screen always sure to tell me what percentage of the book I’d already read, I was keenly aware of just how much extra material was within the novel.  To my eye, at least 10% of the book could have been removed without affecting the plot, the mood, the setting, or anything else in any way.  And I suspect the number might actually go as high as 20%.

But, perhaps it’s not really fair to complain the author has overwritten the novel.  After all, he’s the writer, it’s his job to write.  No, who I blame is the editor, the one whose job it is to provide the author guidance about pacing, structure, redundant words or passages, the too-obviousness of the plot and inefficient prose.  And when a novel is as poorly paced, structured or overwritten as this one, it’s not hard to see the editor failed.

Honestly, though, I’m not sure how much editing actually went into the book at all, given that I ran across literally dozens of proofreading errors, more and more as the book went on.  Normally I don’t let this get to me, because some of the best books written have had proofreading issues – my copy of Roots is so rife with them they literally appear on every page – but in a book that was already feeling interminable, the proofreading errors really stood out.  Given that I was reading for content, not to
proofread, I can only wonder how many more errors might be discovered by somebody who was actually trying to find them.

Obviously, I know the danger of complaining about proofreading, knowing that inevitably somebody will read this review and spot some copyediting snafu and then point the finger at me and say, “Gotcha!”  But it’s a fair criticism and just because I don’t relish having my own complaints turned back on me, it doesn’t change that they are valid complaints.  Besides, I can appreciate the irony, so have at it.

This all being said, I will acknowledge that from time to time parts of the book did impress me, particularly a sequence involving the main character’s clearly-unbalanced ex-lover breaking into his home.  When she finds the little girl in the house, and the little girl turns around to reveal her face is like a painting – because she’s stepped out of the haunted painting, of course – it did get under my skin a little.  Unfortunately, this was an isolated example and isn’t enough to recommend reading the book just to read this passage.  But if you’ve got to read it, skip to the chapter titled, Plan B.

It’s fair to assume that, should Forsaken receive proper editorial guidance, I might soften my views and actually come to like it.  After all, with the help of a good editor, a taut, disciplined story might be teased out of this superfluous jumble of words.  Unfortunately, you can’t judge a book by its potential, only by what it is, and in its current state, Forsaken should be forsaken. 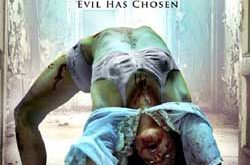