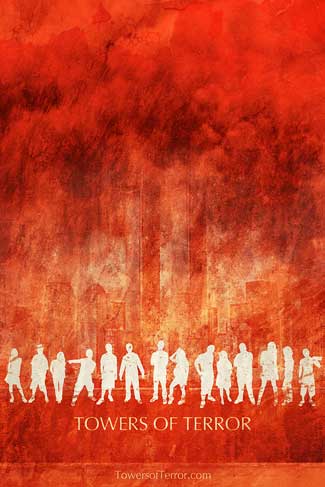 Just sent over….. here is a look at an intro 1 sheet that bases its plot line around zombies emerging from the Twin Towers attack. I’m sure your thinking what I’m thinking…which is…. are there any sacred places anymore than “don’t” include zombies? You can read the brief synopsis below which has a cast of a few familiars. We’ll have to wait and see how the public response to this sort of thing is.

Two groups of twenty-somethings decide to race to the top of each of the twin towers on September 11, 2001. The towers are hit by terrorist attacks, but the terrorists don’t die in the plane crash; they
resurrect as zombies hell-bent on their mission to destroy America. These undead jihadists hunt down the characters one by one with box-cutters and nail-clippers in dual 110 story bloodbaths!