Merry Christmas, children. I hope Santa was better to you this year than he was to your Professor. Between losing his tenure and an impending sexual harassment lawsuit with statutory implications, it hasn’t been a good Christmas season for dear old Fiendy. I’ve managed to persevere – well at least enough to deliver a new column – something that’s been difficult in the days leading up to this joyous holiday.

Ah, Christmas – it’s a time of joy, brotherly love, charity, greed, rampant commercialism and excessive consumerism. It’s as American as apple pie and Taco Bell, but is it also a time for fear? Well, some have made careers out of juxtaposing the magic of Christmas with the horrors of decapitations, slay rides, and marauding Santas. Many children love Santa Claus and the hope and wonder he represents for their Christmas morning. However, many children scare easily. Anyone who has small kids or has access to little ones knows that a child’s joy can turn to abject horror faster than Santa tears through the stratosphere on Christmas Eve. Today’s madness is great example of the terror a bearded fat man in a large scary suit can bring to the hearts of children.
[springboard type=”video” id=”374955″ player=”horn005″ width=”480″ height=”400″ ]

So, sit back, relax, knock back a laced egg nog or two and enjoy some much needed release at the expense of small children everywhere. You’ve all been working hard and stressing out but it’s over now, and the kids have another whole year (or close to it) before they begin bugging you again for that Xbox you didn’t get them, some action figures you’ve never heard of, and a whole slue of other useless plastic toys our hard-hitting economy isn’t giving you the justification for spending money on. Let’s all hope New Year’s treats us all a little better than this evil jolly asshole did this year. 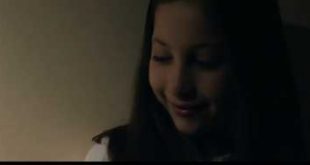