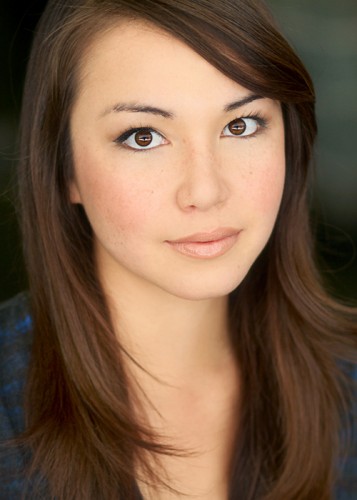 1. Tell us a little bit about your character Brooke in Madison County?

Brooke is the social butterfly of the group. She is ambitious and bubbly but loves to stir things up from time to time. She is dating Will and they have a very sweet relationship. I’d say Brooke wears the pants but she’s still crazy for Will. I loved the fact that all these kids aren’t your stalk horror characters. They are ambitious and fleshed out. I would play Brooke in any film. The fact that this girl is in a horror film is just bonus!

2. What attracted you to this script?

When I first read the script I couldn’t put it down and had to sleep with a few lights on. That is a sign of a great horror script.

3. How would you describe the tone of the movie?

The tone is flat out eerie. The movie takes place in the daylight which is a unique way of shooting a horror film. You’re supposed to be safe in the sun, but not in Madison County.

4. Would you ever want to live in Madison County?

I don’t know if living there is in my immediate future but I do know I’d love to visit soon! I am from Honolulu and even though I grew up on an island, it’s still very much a city. I’ve never lived in a small town before. The locals were wonderful and the scenes shot in the woods were breathtaking, even if we were spraying people with blood and getting chased around by Nick Principe in a rotting pig’s head.

5. How was it working with director Eric England?

Eric is an incredible director. He has a very natural and encouraging way of setting up the shot and letting you know exactly what he wants. He took so much pride in making this film and it definitely carried over to the actors and crew. He has that southern charm but a L.A. attitude. It worked well for this film.

6. Do you have a favorite scene from the movie?

7. How did you get started in acting?

When I was a junior in High School, my father signed me up to compete in the Hawaii Shakespeare competition (without my knowledge). I ended up placing 2nd in the state and thought “Hmmm, I don’t totally suck at this!” I went to Loyola Marymount University to study Theatre Arts but fell in love with acting in film and TV shortly after graduating. Madison County is my first feature and what a great intro to film!

8. Do you have a favorite horror movie?

I don’t know if this is technically horror, but Oldboy is one of my favorite films. After I saw it I couldn’t stop saying “WHAT?!?! WHY?!?! WHAT?!?! WHY!?!?!” Ugh man, that film has been stuck in my head for years.

9. What did you take out of your experience on Criminal Minds: Suspect Behavior?

It was such a great experience to have worked on that show. I got to work with Forest Whitaker and Janeane Garofalo, that was surreal! I booked it shortly after we wrapped Madison County and learned that there is a nice difference between Independent Film and Network Television. I went from shooting in the rain in the beautiful woods of Arkansas to a clean set in Burbank that had trailers and toilets. Both projects were so much fun!

10. What’s next for Joanna Sotomura?

I am gearing up for the world premiere of Madison County at this year’s Screamfest Monday Oct.17th at 9:30pm. We’ve been waiting for this for so long I can’t believe it’s already here. I’m so excited.

I’ve also been performing a News Sketch comedy show at the M Bar in Hollywood and am looking for another fun film to work on. Who knows, hopefully another great horror film will come along soon!