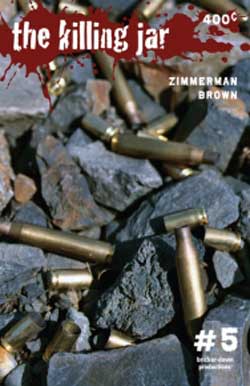 “A small Colorado town. Three drug runners with a van filled with product. Two police officers investigating suspicious activity. A heroic young woman with a violent past, a mentally handicapped little brother and her dead father’s .38 police special. And a throng of ravenous townspeople out of their minds with drug lust. Mix and…BANG!“

Artwork: 4.5 out of 5
This is the most visually stunning issue of this series yet. Not that Brown needed to adjust much of his style over time, but the way this issue comes off is almost breathtaking. The amount of line work is amazing. The shading, the detail, the depth they all just add to the complete package being done so well. I think he is really stating to nail the facial expressions as well. There wasn’t a single panel that I didn’t just love, and those 2 page spreads… GORE-Geous.

Story: 4.0 out of 5
Sadly this issue didn’t have a lot of dialogue. It was basically just action from start to finish, and it was executed so well. The art direction, which plays into the way this issue played out, was just perfect in terms of pacing. While I would have liked a little more wording to have been in the issue it still held up with the rest.

Dying Breath: 4.0 out of 5
I am 5 issues into this series and still hanging onto the edge of my seat. This issue delivered non-stop action in the form of some stunning visuals. It played out so nicely that I kissed the book when I was done. I like me some Killing Jar and I think it’s about time you did too.

If you would like to know more about The Killing Jar and to purchase copy please go to www.comixpress.com 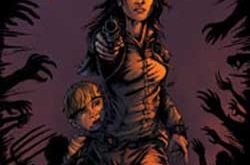 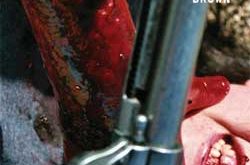