Home | Politics of the Dead

Politics of the Dead

Growing up as a horror fan living in New Jersey meant that I was inundated by Lloyd Kaufman’s Troma films, a ridiculous amount of zombie films and, of course, Jersey Devil films. Since I had long ago adopted the typical horror fan’s code of skepticism (that is, many of us have a tendency to 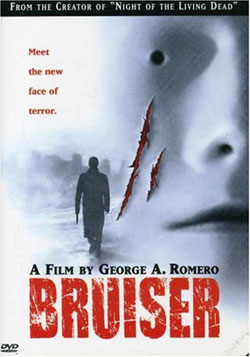 reject mainstream thinking and authority figures – sometimes simply for the sake of rejecting anyone telling us what to think, what to like, or how to behave), zombie and Jersey Devil films were of very little interest to me.

Even recent zombie films, that are otherwise commendable for their independent efforts like ZOMBIES ANONYMOUS and ZOMBIES OF MASS DESTRUCTION, have only slightly amused me. This even applies to horror legend, George A. Romero’s work. While many of the people I know revere everything Romero puts out, some of my favorite Romero films have been the “non-zombie” movies BRUISER, CREEPSHOW, and THE DARK HALF. However, this doesn’t mean that I don’t like Romero’s zombie films on the whole.

In fact, it’s quite the opposite. I think DAY OF THE DEAD is both is Romero’s greatest achievement and one of the greatest horror films ever made. That’s right. EVER. And despite my desire to remain “independent” and “individualistic,” I’m definitely not alone in this opinion.

Even though there are figures in the industry who like to discount academic thought on horror films (which is odd given that there is very little written by academia on horror films), one of the best quotations I have come across in response to DAY OF THE DEAD was by late film critic and academic, Robin Wood back in 1986:

“It is perhaps the lingering intellectual distrust of the horror genre that has prevented George Romero’s ‘living dead’ trilogy from receiving full recognition for what it undoubtedly is: one of the most remarkable and audacious achievements of modern American cinema, and the most uncompromising critique of contemporary America (and, by extension, Western capitalist society in general) that is possible within the terms and conditions of a ‘popular entertainment’ medium. DAY is not merely the conclusion of the trilogy (which Romero has long planned to transform into a tetralogy, if he could raise the necessary finance); it is also its ‘clincher,’ in many respects the most remarkable of the three films. One must, therefore, begin by accounting for its generally negative critical reception and its commercial failure, especially striking given the critical and popular success of DAWN OF THE DEAD (1979).”

That’s right, folks. Over twenty years ago, one of the most respected academic film critics ever labeled Romero’s work as “one of the most remarkable and audacious achievements of modern American cinema.” Put that in your anti-intellectual pipe and smoke it.

As an aside, it seems to me that the underlying problem regarding horror and academia is two-fold. On the horror side, horror fans will claim to distrust academia without ever having read academic criticism of horror – most have limited themselves to Carol Clover’s MEN, WOMEN, AND CHAIN SAWS, but haven’t read past Clover’s “Final Girl” theory (and even those who have read up to this part of her argument tend to only gloss over her theory – which doesn’t claim horror is progressive for its use of the Final Girl, but instead suggests that the Final Girl is merely an excuse for what she calls “male on male violence”…the book, by the way, is well worth your attention as her argument has been seriously mangled by various sources). While on the academic side, very few academic critics will give the horror genre the time of day. In fact, there have only been a handful (if that) of critics in academia who are willing to give any sort of positive review of the horror film – unless, of course, they’re discussing Polanski’s ROSEMARY’S BABY, Hitchcock’s PSYCHO, or Kubrick’s THE SHINING. 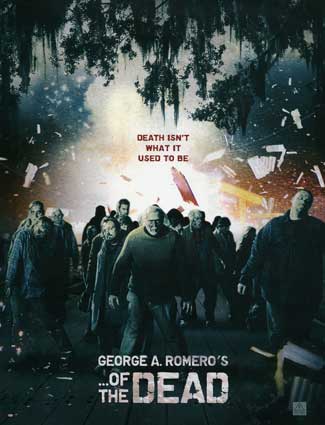 What prompted me to write about Romero though isn’t the failure of academia and horror to hear one another out. Instead, thanks to my trusty Xbox 360, I was able to watch Romero’s SURVIVAL OF THE DEAD this past week, and as I watched it I found myself wanting to pick apart of the social and political critiques of Romero’s film.

In fact, it is the second part of the aforementioned quote from Robin Wood that has both frustrated and enamored me: “Romero’s ‘living dead’ trilogy [is]…the most uncompromising critique of contemporary America (and, by extension, Western capitalist society in general) that is possible within the terms and conditions of a ‘popular entertainment’ medium.”

Stephen King once stated in his essay on horror that “the horror movie is innately conservative, even reactionary.” When I interviewed new Fangoria editor-in-chief Chris Alexander a few months ago, he reiterated this point by scoffing at the idea of “liberal” horror films. But I think both of these views are misguided. No genre is innately conservative or liberal, progressive or reactionary, subordinate or counter-cultural. It’s entirely far too reductive (and in my opinion, downright ludicrous) to blanket an entire genre as such. The only saving grace of King’s argument was that he was being both slightly tongue-in-cheek in the tone of the essay and that he was suggesting that we watch these films as a form of catharsis. That is, we watch the greedy, rich, self-interested bastard (like Dennis Hopper in LAND OF THE DEAD) get destroyed in the theatre so that we don’t go out and destroy the real life greedy, rich bastards who take advantage of our society. As King put it, we were feeding the alligators of our inner souls.

Fair enough. But anyone who saw NIGHT OF THE LIVING DEAD in 1968, and didn’t make a connection between Ben being murdered by a group of gun-toting Pennsylvanian white guys and the context of the Civil Rights movement being in full swing and racial tensions at a precipice, were either completely ignorant or deliberately oblivious. It doesn’t matter if the casting of Duane Jones as Ben was intentional or unintentional. The bottom line is that the film shows a black man surviving an attack of zombies, only to be killed by a mob of white authority figures. If this is conservative horror, then I’m Richard Nixon. 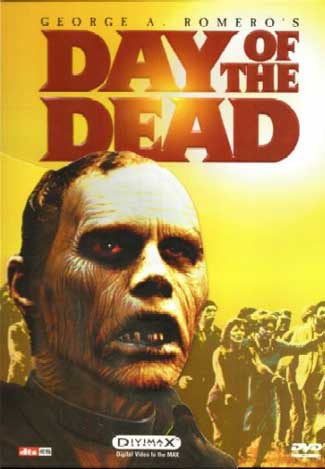 DAWN OF THE DEAD is as nearly as obvious in its subtext as NOTLD (something I doubt was lost on James Gunn when he wrote a very awesome remake). In fact, any horror film centered around zombie infiltrating a mall is very difficult to avoid the consumerist subtext riding beneath a larger vision of gore and death. However, DAY OF THE DEAD is, by far, the most scathing in its critique. The military is portrayed as overbearing, stubborn, sexist, and racist. The remaining scientific infrastructure is depicted as useful to the immediate salvation of the remaining society as bloodletting is to hemophiliac. Instead, we are offered Sarah as society’s last hope. A woman who is not only emotional, but also independent and willing to make important decisions only after considering all other feasible options. It’s a brilliant depiction of the necessary leadership that any society, democracy or otherwise, needs in order to survive both the mundane epochs of history as well as the surrealistic threats of total annihilation.

However, Romero’s last two films have been infinitely frustrating for me. Not necessarily due to a lack of socio-political content though. The politics of DIARY OF THE DEAD seems blatantly obvious. Having been released in 2007, this is the first “post-Katrina” and post-9/11 dead film to come from Romero, and the implications it has for the media as well as for society seem blatantly obvious. The disappointment in the film, for me, was born out of some rather terrible acting, miscasting, and CGI effects that brought shame upon the boundary-breaking effects Savini provided in DAWN OF THE DEAD and especially in DAY OF THE DEAD (the gorging scene by Bub and the other zombies towards the end of the film has yet to be matched by any other film I’ve ever seen). SURVIVAL OF THE DEAD has its politics buried in how to handle the zombie apocalypse: do we obliterate them or do we attempt to retrain them?

In 1971, Walt Kelly put in his cartoon Pogo the line, “Yep, son, we have met the enemy, and he is us.” The line referred to the ongoing turmoil with Vietnam, the struggle with race the country was continuing to deal with, and the feminist movement that was unveiling the gender iniquities to the mainstream. Wes Craven has referred to the line multiple times over in interviews regarding THE LAST HOUSE ON THE LEFT and THE HILLS HAVE EYES.

And Romero put it into DAWN OF THE DEAD when one of the characters says point blank, “They are us.” The point seems obvious. That is, while Romero’s films have continually pushed the boundaries of blood and gore, the claim that his films fit into some blanketed mold of conservative horror reflects more upon the obliviousness of the viewer making such a claim than it does upon the meaning of Romero’s work. Perhaps this is an unfair critique of those who have argued that “all horror is conservative” (and in the case of King’s argument, a slight mangling of his point, even if his point seems utterly useless in the understanding of a film). Perhaps Samuel Goldwyn was right about using Western Union to send a message instead of a film. But I’m not convinced that even a well-fed alligator votes Republican…especially if that alligator goes by the name Romero.