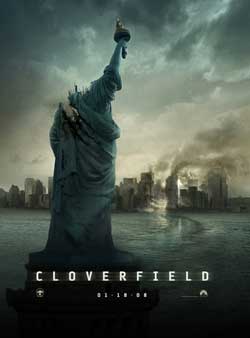 Revolves around a monster attack in New York as told from the point of view of a small group of people.

Taking a que from a few other “like” style films, Cloverfield is one of the few to really draw up ALOT of pre-release hype. In fact, its set and details were kept so under wrap that just the fact of not knowing what the Cloverfield monster looked like seemed to be enough to draw in the box office numbers. It’s opening weekend drew in $46,146,546, which doubled its initial budget announcement. Cloverfield was hailed as “THE” disaster-monster film to see. The movie was directed by Matt Reeves, though its producer credit of  J.J. Abrams seemed to be the more likely draw.

As we open up into the film, we are yet greeted by yet another “found footage” scenario. In simple terms this was some footage held by the United States Department of Defense which was retrieved off of a personal video camera. The technique used in this case was to show some previous footage that THIS footage had been taped over.

A group of young adults are seen enjoying a pretty lively party until disaster sets in. We get both a POV from the small group who flee into the city along with visual clues in the background that narrate what is going on. It’s kept pretty high paced keeping the action following in an almost brilliant way. The realism of the found footage gives the sci fi film an extra layer that introduces a more closer sense of terror than other giant monster films. Visual ques such as scratches on the statue of liberty and destruction after math all seem to paint a real time event unfolding. It’s use of shaky cam seemed warranted following the action on screen. The cleverness of this film is that it also manages to incorporate a disaster movie sense as the characters make their way thru city rubble. 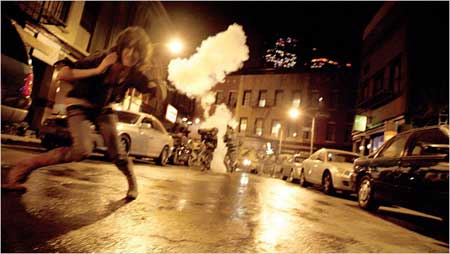 The term of Cloverfield was later revealed as “government’s case designation for the events caused by the monster”. It seemed to grow in popularity on its own due to viral leaks and purposeful script secrecy. Though make no mistake…even with its pre-hype and viral hints, Cloverfield was still declared as a damn good monster movie. I think deep down it returned many of us to our roots which in this case was done in present time and still was able to send chills.

Now it goes without saying that Cloverfield benefits from a pretty large budget EVEN if using found footage was at its basis. The budget uses a fantastic process of CGI, practical effects and some city large green-screening. The Behind the scenes showed how this was done and was just as amazing to see that they designed a large enough green screen to accommodate having much of the action work within a city set. 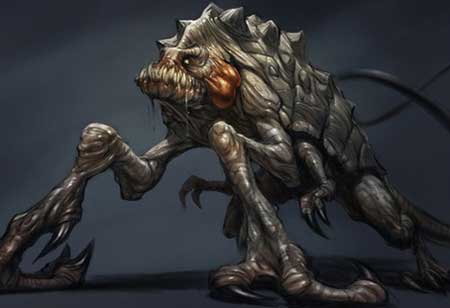 This thing that kept everyone in suspense was sort of a hybrid crab meets Godzilla kind of creature that emerged from the seas after an oil tank capsize. To add some extra drama, smaller parasite creatures that seemed to have come from the creatures body are scurrying around and attacking folks within the urban rubble. The army gets involved and starts to retaliate against the city and the creature which destroys much of New York in the process. 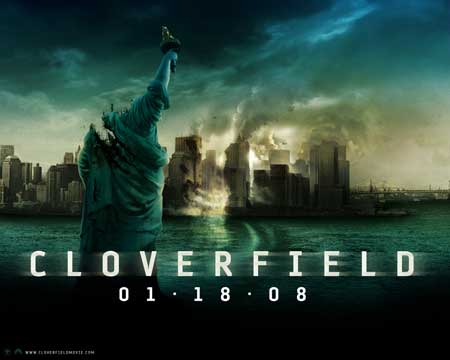 Cloverfield seemed to be an all around success during its debut which helped fuel the public interested even further into real footage driven movies. It may have exceeded what other films in its category would have spent, but it also seemed to help it make its mark as a stand alone for this style of the horror genre. 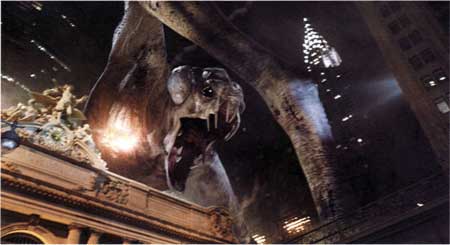 As reported, a Clovefield 2 is already in the planning phase. Due to the production team wanting to do a successful follow-up, it has taken longer than expected. I’m pretty sure unless is goes for a low budget knock off it will regain its core audience upon release.