Home | Tortured Over Being Misunderstood

Tortured Over Being Misunderstood

Saw has ultimately become the most popular of the so-called “torture p*rn” franchises in existence. This subgenre of the horror industry has become a hotly contested subject. Is torture p*rn right? Should we support it as fans? Perhaps a better question to ask is, “Does torture p*rn even really exist?”

In the Freshman Rhetoric and Composition course I teach, we call the release of Saw VI an exigence – meaning an “event” or “thing” worth responding to. One person I doubt who is looking forward to this film is self-proclaimed “horror maven,” New York Magazine film critic, David Edelstein – someone who probably needs to revisit the rhetorical concepts of “hasty generalizations.”

Edelstein, despite being a horror maven, is most famous among horror circles as being the guy who coined the phrase “torture p*rn.” To bring those of you who haven’t read the article up to date, Edelstein lumped The Devil’s Rejects, Saw, Wolf Creek, Hostel, and The Passion of the Christ into this category (yes, Passion of the freakin’ Christ). And if that wasn’t enough, he insulted the Rob Zombie Nation by proclaiming that The Devil’s Rejects is not “art” (though Zombie would obviously disagree).

The alternative phrase to torture p*rn has been “gorno.” However, this is a failed moniker that’s only caught on among a handful of 15 year old Gwar fans living in southern New Jersey. Gorno probably hasn’t spread quite so easily because, well, it’s a sh*tty moniker.

It’s one letter away from translating to “fat guy” in Spanish. And even without the one letter change, the word gives the image of a purplish-bluish muppet or for the truly fringe element of our audience Terry Gilliam hallucinations. (A true testimonial to what it means to belong the horror community is that the horror fans reading this know the Terry Gilliam allusion, while mainstream readers are currently scurrying across IMDB trying to figure out what the hell I’m referring to). At the very least, torture p*rn is a paradoxical term, so at least Edelstein understands that the best horror is often paradoxical in nature…though he may be quite confused over what the purpose behind half the films he cites is. And perhaps, Edelstein meant for his column to be tongue-in-cheek, as he claims to have relished recalling these films – despite the fact that he maliciously pans them at the same time.

For the past week and a half, I’ve been bedridden with swine flu. With absolutely nothing on the television with the exception of the healthcare debate on FOX, MSNBC, and CNN (talk about torture p*rn), I decided to watch (and in some cases rewatch) some of these so-called torture p*rn films as well as some horror films of a filmmaker I was slated to interview after my flu finally subsided. 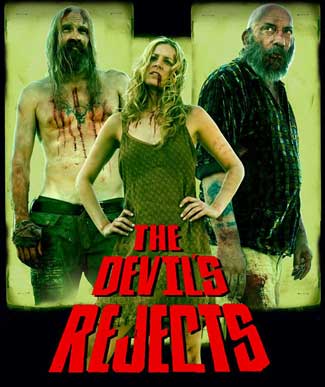 However, when one holds these films up to this definition, they fail the torture p*rn qualifications miserably. All of these films hold very real, very pertinent social messages. Hostel, for example, shows us the commodification of actual human beings in a post Abu-Ghraib, post-Blackwater world. For the first time on film, Eli Roth forced us to face the stark reality of a world where people can be bought and sold for the sadistic pleasure of others (is this really that far-fetched? How much different is Eli’s world from the world of human trafficking?). Disappointing as it may be, Eli was much closer to the truth than he probably believed himself to be. With recent reports leaked of what has gone on in Blackwater, we’ve found out that if you hate Muslims and believe in white supremacy, all you needed to do to shoot up some dark-skinned people for fun was to join up forces with the largest mercenary force in the world. Forget having to bid on someone like they were posted up on eBay, just suit up, flip the safety switch, and let the bullets fly.

On the other hand, Zombie’s The Devil’s Rejects is, arguably, the most conservative of all the torture p*rn films listed by Edelstein. In fact, Zombie’s film is, oddly enough, the tamest of recent horror films. Nearly every single death scene is cheated (in case Edelstein is reading, what this means is that Zombie cut away from the penetration of the blunt object or knife so that all the audience gets to see is the end result), and in fact, the most graphic scene in the film is when Tiny removes the nails from Otis’s hands that the Sheriff had driven down earlier. Moreover, though the family is ultimately punished in the end, they overcome Sheriff Wydell and nearly escape, which could feasibly be argued as an affirmation of the family unit. However, they do get killed just as Wydell does – arguably, as a punishment for his attempted vigilantism. 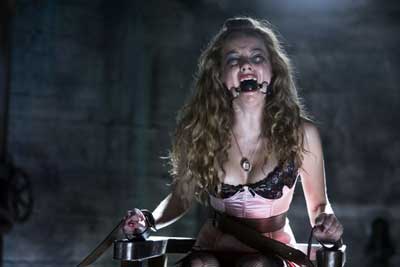 This is a quick and dirty rundown of the films, of course. Nearly as quick and dirty as Edelstein’s short blip on the radar screen that has caused an uproar in society and the tossing around of a phrase that hardly feels applicable to the films he claims it describes. However, perhaps the most disappointing aspect of Edelstein’s article isn’t just the fact that he demonizes films that don’t deserve the demonization, but his seemingly lack of knowledge of a genre he claims to be a maven of. In an attempt to take the scholarly approach, he even makes mention of UC Berkeley professor and horror scholar, Carol Clover – claiming that these horror films don’t fit her defense of the horror genre because they don’t include a “final girl.” One can’t help but wonder if Edelstein has actually read Clover’s book as the final girl scenario is only applicable to slasher films…not ALL horror films. Frankenstein, for example, is not a slasher film – so no final girl. Halloween, slasher film, so a final girl. Hostel, not a slasher film, no final girl. Friday the 13th, slasher film, final girl.

Perhaps it’s best that mainstream film critics avoid commenting on mainstream horror films until they’ve learned what the genre is about. Horror fans watch horror films not because they’re sadistic or nihilistic, but because horror films dare to address the ugly side of life that other films refuse to look at. Horror films revel in the subversive when the rest of the film industry hails films that barely scratch the surface. While Paul Haggis was turning heads in Hollywood with Crash, Stuart Gordon was presenting horror fans with a far more honest, stomach churning discussion of race with Edmond. Horror filmmakers and horror films expect us to not just revel in the blood, the gore, and the pain, they expect us to think. They expect to walk out of the theatre and to not only think, “That was so f*cked up” but to wonder why it was f*cked up.

Torture p*rn within the horror genre does not exist. It never has and it never will. Instead, if you really want to experience torture p*rn, do what I didn’t do while I was sick, and turn on a 24 hour news station.

Tortured Over Being Misunderstood