Home | ‘Where The Dead Fear To Tread’ – new release from M.R. Gott

‘Where The Dead Fear To Tread’ – new release from M.R. Gott 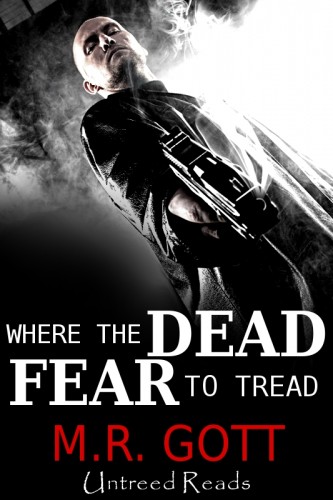 Where The Dead Fear To Tread
Description: A police officer and a serial killer search separately for a missing child while running a malevolent labyrinth populated by creatures they never knew existed.

Former prosecutor William Chandler, disgusted with his past inaction, spills the blood of those who victimize children to correct the ills he sees in the world. A self-admitted serial killer and uncomfortable with his actions, Chandler attends the funerals of those whose lives he has taken in an effort to retain a true understanding of the nature of violence.

The carnage left in his wake is investigated by Detective Kate Broadband, who becomes progressively more comfortable with the corpses left by Chandler. Envying the power she sees in him, she pursues Chandler as each search for Maria Verde, a missing eight-year-old girl.

As Chandler and Broadband draw closer to discovering what happened to Maria they are forced to confront The Devourer, an unnatural being trafficking in stolen children.

Where the Dead Fear to Tread is a tale of hard-boiled macabre, bridging numerous genres to reveal a story of horror, crime and revenge.

Available from the Untreed Reads Store, Amazon and most major e-book retailers for $4.99

Tags M.R. Gott Where The Dead Fear To Tread