Changing Technologies: Can Your Characters Keep Up? by Ronald Malfi

Undoubtedly, there has been countless discussions among writers, publishers, and bibliophiles alike prompted by the Rise of the Ebook. (I put this in caps and imagine the font not unlike those old Planet of the Apes theatrical posters.) While I have my own opinion on the matter, much like anyone else, that is not the point of this essay. What I want to address here is not how changing technologies in publishing—and, to a greater degree, changing technologies in all other aspects of our lives—have affected our careers as writers and our enjoyment as readers and consumers, but how these changing technologies have affected our fictional characters. Yes, you heard me correctly—those make-believe folks who are birthed straight from our subconscious and toil in the realms of our imaginations. I suppose that if you write primarily about tales that take place in the dark ages, or in fictional and magical realms, this essay won’t concern you. But if you’re an author who, like me, writes in the present day, then drag your chairs a little closer and let’s rap.

My latest novel, the recently released ghost story Floating Staircase, takes place in current day. The main protagonist, Travis Glasgow, is (much like his creator) a horror novelist with a handful of published paperbacks under his belt. As the book opens, he is also suffering from writer’s block, and carries with him the weighted concrete blocks that, at least for me, always seem to come with such an ailment. In writing this character, and in addressing the mechanics of his profession, I knew I would have to come to a conscious decision: does he or does he not compose on a laptop? Really, I struggled with this issue. I do most of my writing on a laptop, though I certainly recall the days of my string-bound notebooks, word processors, and even my first manual typewriter. But what about this Glasgow fellow? What was his bag?

In the end, I decided to have my character jot down notes in the same type of notebooks I used to use—plus, it helped advance a certain plot point in the story—and had him type up his books on a word processor. No laptops, not PCs.

Later, upon rereading the manuscript and reviewing my editor’s comments and suggestions, I found similar instances where I had subconsciously transplanted modern technology for older models. Chapter One introduces a payphone sitting outside a D.C. bar. I suppose there may still be a payphone somewhere in D.C., though I’ll tell you, brothers and sisters, I’d be hard-pressed to find the sucker. Also, no one in the novel owns a Kindle or Nook or any variation thereof; fans of my fictional writer proffer actual mass market paperbacks for his autograph. (The irony of this was not lost on me, as one of my own paperback publishers at time was closing their doors on publishing mass market paperbacks in favor of ebooks.) And perhaps in my most brazen example, the fictional Westlake Public Library requires patrons to scroll through microfiche instead of searching electronic databases. Is this a time-traveling novel? No, friends.

As a writer, I find comfort in the intimacy of lesser technology—the phones that hang from the walls and the microfiche machines in the public libraries. In part, I like these things because I feel they give the story a warmer touch and allow me to embrace my readers more closely. But this intimacy also serves a very practical purpose, too: without cell phones (or at least cell phone service), I can cut my characters off from the world so much better, increasing their personal peril; having to go to the library to search microfiche enables my character to get out of the house, meet interesting characters, and provide a bit of color to the world in which he lives, as opposed to sitting on his couch and surfing the World Wide Web.

This makes me wonder about some horror classics, books and movies alike, whose storylines would have been crippled by the technology we now have. Those dumb kids in The Blair Witch Project? What if they’d had access to handheld GPS and cell phone signals that could practically reach the moon? What about Internet access for the Torrance family holed up for the winter in the Overlook? Give the mom from Cujo a cell phone and let’s see what happens.

So I guess, while changing technology now affects how we as consumers read books (and how we as writers compose them), technology as a whole cannot be ignored by our characters. Increasing consumer convenience also means that those of us who make a living cutting our characters off from the world and tormenting them with all breed of horror, have our work cut out for us. It becomes increasingly difficult to bring about personal isolation from a world that nowadays practically insists itself upon you.

There is no conclusion or solution to this. Instead, I am curious to see how characters and plots change with this emerging technology. And perhaps, as in Stephen King’s Cell, this new technology will actually bring about fresh new horrors while simultaneously shuttling the old ones out. 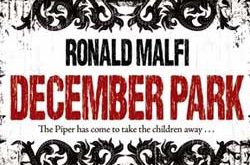 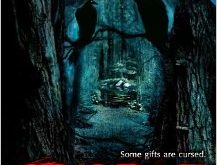