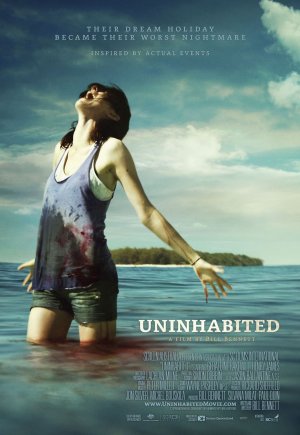 A young couple go to a remote and deserted coral island for a camping holiday, only to find that the island is inhabited by a ghost seeking retribution for a past outrage.

I don’t think I would ever want to make a film that only features two cast members through 90% of the film. That is a hell of a lot of pressure to put on two people. Sure, it helps when you don’t have much of a spending budget, but if you’re an experienced filmmaker, you should know how important casting is to a project like this. For it to work, both actors have to be above average and they need to deliver every second they are on screen. If they can’t then the film will suffer and just not work. “Uninhabited” is one of those films that just doesn’t work. It starts out on the right track but is quickly derailed when nothing much happens. It was based on true events though, whatever that means.

Beth (Geraldine Hakewill) and Harry (Henry James) are enjoying a romantic holiday on an island where it is just the two of them. So they thought. In the middle of the night, someone (or something) is out there, watching them. As the bizarre things begin to happen more frequently, they find their relationship becoming strained. With their only means of communication to the outside world missing, the only way they can survive is to stick together and try to solve the mystery that is baffling them.

When the film opens, there are some really beautiful shots of the ocean and islands. In fact, throughout the film there is some pretty stunning camera work that captures just how gorgeous the landscape can be. For me, that was the best part of the film. With “Uninhabited”, I watched the film first then did a little research into it. My first thought was that this must have been a low budget film by a first time director. I was wrong. It was actually a low budget film by an experienced director that felt much more amateurish than it should have. One of the main problems was the script. There were things that could have happened or roads that could have been traveled that just were not. Instead we follow the numbers and fight to keep our eyes open (I actually fell asleep just over the halfway mark and had to get up and rewind it). There is supposed to be a ghost on the island, things happen, but nothing was ever frightening. 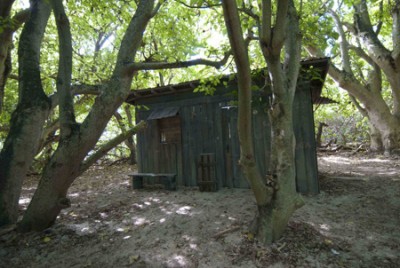 The one thing that could have made the film a bit more interesting would have been the performances. While Geraldine Hakewill does her best to evoke emotion, her co-star Henry James has nothing to work with. Harry is incredibly unlikeable and James does nothing to breathe life into the character. He is annoying and has absolutely nothing to add to the film. Should I even mention the fact that they are unbelievable as a couple and have no onscreen chemistry at all. There comes a time in the film when they meet a couple of fisherman on the island, there is a setup, but no delivery. Nothing happens as a result. It was a waste of time to even have the subplot in the film. There was just a lot of blah floating around this turd.

There is so much that could have been done with the film that wasn’t. Veteran director Bill Bennett should have been able to deliver a much more entertaining film. His talent shines through when showing off the island, but the story is just not that interesting or unoriginal. I wish I had more positive things to say about the film but the truth is, I don’t. I didn’t like it nor would I ever watch it again. I give “Uninhabited” ** out of five stars. I decided to give the film an extra star for showing off the landscape. I’m sure though if I really looked I could find a much more entertaining show on the Travel Channel that would suit my needs for that. 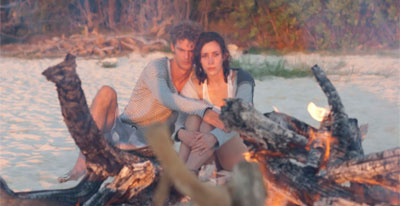 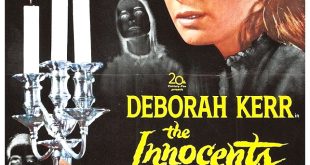