Home | ‘Satan Hates You’ but he still wants you to see this DVD Art!

‘Satan Hates You’ but he still wants you to see this DVD Art!

Danger After Dark is thrilled to unleash the official DVD artwork for religious horror extravaganza,“SATAN HATES YOU,” from writer-director James Felix McKenney and Glass Eye Pix. This over-the-top shocker turns its horrific lens on Marc (Don Wood), a homicidal maniac who is driven by demons buried within his soul and Wendy, (Christine Spencer) a young girl who lives life fast and hard. When their paths eventually cross, the twisted deviants will have to choose whether to embrace the road to salvation or descend down the highway to…HELL! “SATAN HATES YOU” arrives to DVD on October 18, 2011 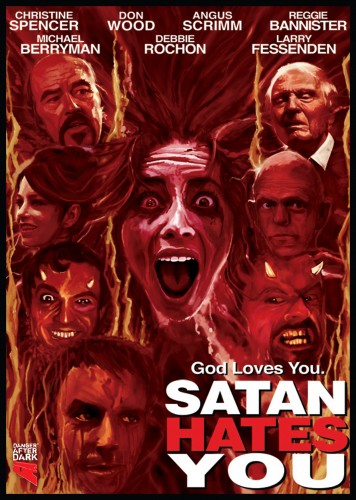 Featuring a cavalcade of genre icons including Larry Fessenden (“ISell the Dead”), Debbie Rochon (“Toxie Twins: Toxic Avenger V”) and
Michael Berryman (“The Hills Have Eyes”), “SATAN HATES YOU,” reunites popular “Phantasm” actors Angus Scrimm and Reggie Bannister (“Bubba Ho-tep”) together again, on the big screen. Written-directed by James Felix McKenney (“Automations,” “Hypothermia”), who also produced with Lisa Wisely, Fessenden and Jerimiah Kipp, “SATAN HATES YOU” pays loving and psychotic homage to “Christian Scare” flicks. These cautionary tales from the Fifties and Sixties scared moviegoers to death by showing them horrific “sins,” in hopes of them embracing a
strict and religious, moral code.

“SATAN HATE YOU” Special Features include:

“SATAN HATES YOU” is available for pre-order NOW at various online
retailers, including Amazon
www.amazon.com/Satan-Hates-You-Don-Wood/dp/B005GM38LU 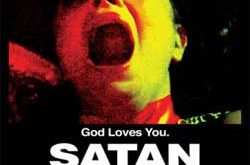