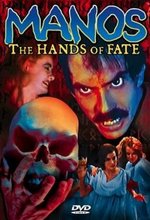 Newton’s Third Law of Motion states that for every action, there is an equal and opposite reaction. Sure, there’s math to back that up, but the far more compelling proof is in the treatment accorded Manos The Hands Of Fate by those physicists of comedy at Mystery Science Theater 3000. Consider this legendary low point in film history, which depicts a family that gets lost en route to a vacation and stumbles into the lair of a cult. Since SoL captive Joel Robinson and his robot sidekicks Tom Servo and Crow T. Robot react to movies, it follows that this particular episode must be a glorious high point in MST3K history. This 2-DVD set celebrates a special film and the special TV show that made the film even more special. That’s why we’re calling this a special edition.

If you’re unfamiliar with the greatness that is Mystery Science Theater 3000, allow me to enlighten you. Having run from 1988 to 1999, the television series finds Joel Robinson (Joel Hodgson) in space aboard the Satellite of Love. A pair mad scientists, Dr. Clayton Forrester (Trace Beaulieu) and Dr. Laurence Erhardt (Josh Weinstein), hold him captive, sending him cheesy B-movies to watch. Joel and two of his beloved robot sidekicks, Tom Servo and Crow T. Robot, riff on the films as they play out in front of their silhouettes. In a nutshell, it’s essentially a comedic commentary track.

Now that that’s out of the way, let’s get to another significant moment in history: 1966’s Manos: The Hands of Fate. There are plenty of awful movies out there – too many to mention, especially when it comes to the horror genre – but few, if any, are as bad as Manos. It’s often referenced as the worst film of all time, and with good reason. It’s rare to come across a film that his literally nothing going for it, save for the unintentional comedic value. 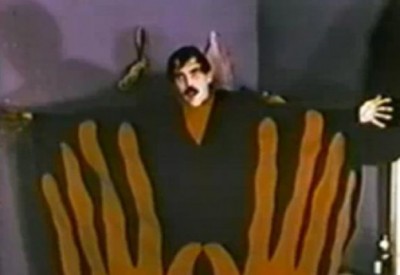 The film’s plot, if you can call it that, involves a family road trip gone wrong. When a lost couple and their young daughter stop at house, they meet Torgo (John Reynolds), the strange housekeeper who walks with a limp, speaks as if he’s talking into a fan and was possibly high on drugs while filming. Despite the warning signs, the family stays the night at the house, where they encounter a man known as The Master (Tom Neyman). He’s the leader of a cult devoted to Manos, “the god of primal darkness,” and he has sacrificing and wiving on his to-do list.

There are numerous of reasons to explain why the movie turned out so poorly. Writer/director/actor/producer Harold P. Warren – this being his only film credit – was a fertilizer salesman who made the film as a bet. It was shot using a camera that only allowed thirty-two seconds of filming at a time and with no sound. The footage was later dubbed by only a few (three, reportedly) people. Warren, allegedly a prima donna, would only film two takes of each shot, but the production took an elongated two and a half months.

Naturally, Joel and the robots have a lot of fun with this one. Although many of the jokes are rooted in dated pop culture references (the episode originally aired in January of 1993), many of them are still recognizable and the humor remains effective. There are certain moments when the movie is so bland – most notably, the elongated driving sequences toward the beginning – that our beloved commentators are reduced to hemming and hawing before resorting to repeating the film’s title. It sounds silly – and it is – but it’s quite funny.

This particular episode, part of the show’s fourth season, begins with the second half of the short Hired!, which is how it originally aired (with the former half of the short shown in the previous episode). While I understand the desire to have the episode fully intact, I could have done with this segment being removed, especially considering that the short is available in its entirety as a bonus feature. It just seems pointless to have it truncated here.

The first of the special features is entitled Group Therapy. At 18 minutes, it’s a nice little segment with the MST3K crew – Hodgson, Weinstein, Frank Conniff and Mary Jo Pehl – reunited to reflect on the episode and the film. It’s interesting to get their perspectives out of character. It’s also nice that it’s a roundtable discussion amongst longtime friends, rather than an awkward, forced interview. Rounding out the first disc is MST Wraps, five minutes of introductions from when the film was split into two separate episodes.

Since the riffed version is offered on the first disc, the second features the original version of the film. I don’t recommend watching this one, unless you have a group of friends looking for something so bad it’s good. Unfortunately, given the that film is public domain, the quality of the print is very poor. The one from the show is akin to VHS quality, but the standalone feature is worse; it’s dark, muddy and makes a bad movie worse. Sometimes that can add to the fun, but I recommend sticking with the episode instead. 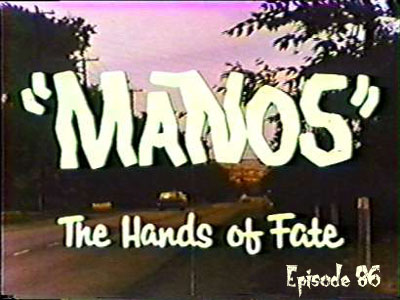 The second disc also includes Hotel Torso, a short documentary about the film co-directed Aaron Allard, James Lafleur and Marco Pazzano. Everyone involved in the production of Manos has either passed away or disappeared over the years, with the exception of Bernie Rosenblum. He’s credited as a key grip, actor and stunt coordinator on the projection, but he reveals that he, along with the rest of the crew, did a bit of everything on the set. He shares some fun anecdotes and even visits the filming locations. Also on hand is Richard Brandt, who seems to take his title of Manos Historian quite seriously.

Also packed on here is Jam Handy to the Rescue!, a short directed by Danielle Griffin. It gives a tongue-in-cheek look at Handy, who produced a number of training films on which MST3K often riffed, and the film is made to look like one of them. Rounding out the set is the aforementioned complete version of Hired.

It’s no wonder that Mystery Science Theater 3000 remains a cult favorite, nor is it a surprise why Manos is still commonly cited as one of the worst productions ever put to celluloid. It’s a match made in heaven – or space, as it were. 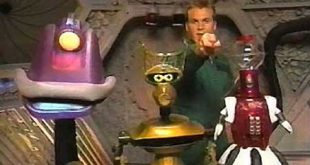