Home | The Horror of Social Ignorance

The Horror of Social Ignorance 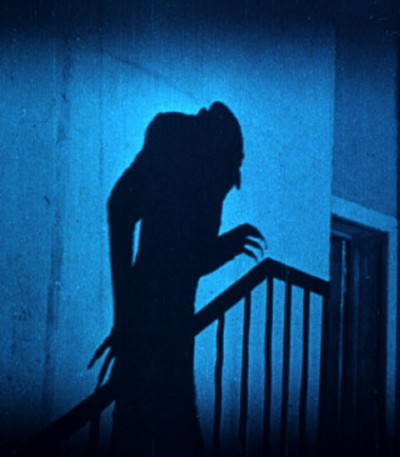 “I want to study Gothic literature and film adaptations.”

“Oh?” The professor advising me on my academic career path sat back in his chair. “Do you think you might know a time period?”

“I haven’t decided on that. I was thinking post-World War II. Begin with Lovecraft, work my way up to Bloch, Matheson, Blatty.”

“Hmm…well, for the time period you’re speaking of, it’s becomes a matter of you may be facing an uphill battle as some of those films are considered only slightly higher than p*rnography.”

“Well, I think they’re not quite the same…” I began.

“No, but I’m just saying you might get farther studying Star Trek than Halloween.”

I smiled. The professor’s comment was more ironic than he realized. I’m sure he knew of Mary Shelley giving birth to science fiction, but I don’t think he knew Mike Myers was wearing James T. Kirk’s face to go trick or treating for arrogant boobs with a steel phallus in his hand.

“It’s not a matter of whether or not these films are subversive. That argument has gone it’s course. One will say it’s subversive, one will say it’s not, and it just goes in a circle. So we’ve moved beyond that now,” he explained. “Now, it’s a question of who is making it and who is watching it? Is it white disaffected males living in their mom’s basement – aside from those Twilight tweens? In that case, it could be determined to be reinforcing submissive, constrictive, dominant ideals.”

“As far as who’s making it, the filmmakers I’ve talked to always seem to have subversive intentions. One guy I’ve spoken with was arrested in the sixties as an anti-war protester, and to this day says his art is political.”

So the point, I gathered, was that it’s because the filmmaker is a white male. This frustrated me to the point of walking out of the office without putting up a fight.

I’m rather aggravated with the misconceptions of the horror industry. I grew up a horror fan. I loved books by Clive Barker – a openly gay male horror writer. I was also among those who loved A Vampire in Brooklyn – a black vampire movie. And when I grew tired of Barker, I read Anne Rice – the awesome woman author who went batsh*t crazy for Jesus and disappointed a lot of her fans (though not all). As a half-Puerto Rican, half-white kid who didn’t identify with a culture, subcultures like horror, like punk, like metal, like hip-hop appealed to me. Why? Because they offered an identity that countered the identities offered by mainstream culture, and it’s difficult not to associate the attractiveness of horror to the depth of its subversive tendencies.

So why the f*ck can’t horror get the respect it deserves?

When Saw VI – a sequel in a series developed by James Wan, a writer/director/producer of Chinese descent – opens number one at the box office this weekend as the most successful franchise since the James Bond epic, will that be enough to shut up the f*cking critics? Will it finally succeed in getting academics and mainstream critics alike to understand that the horror genre is not only subversive, but has actually seen more advances in equal opportunity than other areas of society?

That is, if it isn’t beat out at the box office this weekend by Paranormal Activity. A horror mockumentary in the same vein as Open Water and The Blair Witch Project. Though Saw VI might have something to say about the health care industry and torture in America, Paranormal Activity only focuses on a boyfriend obsessed with videotaping him and his girlfriend in bed, just in case her inner demon pops out so that he can catch it on tape. Oh, and it’s director, Oren Peli, is an Israeli now living in the United States. Hmm…maybe horror is what I’ve always taken it to be…or maybe these two examples don’t matter…

Just like it doesn’t matter that conventions and festivals around the country like the one earlier this month in Madison and also Crypticon in Houston (as reported on by HNN’s female reporter Rebekah…a horror website run by female managing editor Dai Green) featured Women in Horror panels. Or, that The Golden Cobb has a “Scream Queen” category and a “Best Horror Actor” category…and in the latter, female actors are considered eligible for nomination against their male counterparts. Or, that one of the largest horror festivals in the country was founded by and directed by Rachel Belofsky, who also happened to direct a documentary on slasher films.

Nor does it matter that, regardless of the demographics of the audience, these filmmakers and film stars are incredibly accessible to those who are consuming their work as shown through the sheer volume of horror conventions and festivals that take place across the country where creators mingle with fans – not to mention the little horror network of friends that has developed between fans and filmmakers and for all of those in between on social networks like Facebook and MySpace – thereby guaranteeing that the intentions of the filmmakers are being heard (though not always accepted and agreed with) by the fans themselves. It’s a phenomenon that is offering a sort of conversation in commercial art that probably has not ever been witnessed since the Roman Coliseum (and in sheer size of the movement, pales the Coliseum by comparison)…you know what this means…that if directors are putting forth subversive work with horror as a medium and they’re discussing their intentions with their fans…and the fans continue to buy the work…well, sh*t, maybe the fans like subversive work and actually get the meanings rather than simply buy it for the T&A and the massive quantities of blood and guts just because they’re “disaffected youth.”

But again…intentions don’t matter…as perhaps the demographics do…in which case…we’re left having to identify the fans.

I would argue that perhaps we can see this through the spread of the medium (i.e. horror films) and its influences in other mediums (i.e. hip hop music). For example, before Will Smith became the Fresh Prince, he was just a hip hop artist. And he happened to do a little song featuring the lovable Freddy Krueger…yup, horror in hip hop long before Eminem donned a hockey mask on stage…it’s so crazy to think that African Americans would find it appealing to watch a movie like A Nightmare on Elm Street – a film that features a former child molester carving up a bunch of oblivious suburban white kids. I’ve even heard the Wayans brothers also happen to be big horror fans…and John Leguizamo happened to have been in a relatively familiar production by a relatively familiar horror icon.

But then again, Will Smith was paid to make the song. And of course, the Wayans and Leguizamo have solely financial reasons for entering these projects as well, right? Just like I’m sure Dai Green, Rebekah, and Jovanka Vuckovic over at Rue Morgue, only report on the genre for a profit, they didn’t actually grow up liking it and understanding it. As I’m sure Rue Morgue and HNN are raking in the big bucks like Entertainment Weekly and People.

But even if these players of the industry are not doing it for money, maybe the Wayans, Leguizamo, Will Smith, Dai Green, Rebekah, and Jovanka Vuckovic are all just disaffected youth unaware of their racial and gender’s plight. In which case, it’s being inferred they’re either immature or ignorant, or both.

Or, perhaps their interests in the genre are misread by my professor and by the rest of society, perhaps they’ve been the driving force longer than others have realized. As Hannah Neurotica, founder of the webzine Ax Wound: Gender and the Horror Genre and who has launched “Women in Horror Recognition Month” for February 2010, recently said on Fangoria.com, “we need to help raise awareness (to mainstream society) that we’ve had the knife all along…and I hope that like dormant zombies a radioactive lighting bolt will strike and we will rise up, push our way to the front lines, and say LOOK AT OUR BRAINS!!!!!!”

The first Gothic novel was written by a homosexual. The first vampire novel was written by a personal physician of Lord Byron’s…and if you’ve ever read the novel, there’s that sneaking suspicion that the author was a little more than a physician to Byron. The classic Frankenstein and Bride of Frankenstein films were directed by a homosexual. One of Marilyn Manson’s most controversial acts on stage in the late 90s involved his bassist going down on him on stage.

By comparison, why do I have a feeling that rom-coms (though oh-so-empowering-lighthearted comedies meant to empower women who wear pink) don’t have their roots located in a lesbian or gay author?

Fact is, horror provides a massive tent for people of different ethnicities, genders, religions, sexual orientations, and even ideologies. A tent that has always been open to disaffected minds, regardless of age, and has sustained that position since its creation. The true underlying commonality among those who make horror films and those who watch them seems to be a shared disgust with mainstream culture and values.

Given the time and funding, which a graduate school can provide me with, I can prove this sustained subculture of horror, just as I’ve begun to outline here. The question becomes, when will both the intelligentsia and those in mainstream actually get the point?

Perhaps never. As a horror fan, that doesn’t bother me just one bit. Let me keep this beautiful subculture to myself to enjoy without the corruptions of the mainstream. But as a human, it’s depressing. It means that the things that bothered me as a youth, will never be fixed. It means the horror genre, like those who love it, will always be prejudged, which could be an indication of just how difficult it is to rewire the brains belonging to the dominant culture in our society.

Regardless of this and regardless of my professor’s skepticism, I do plan on continuing to pursue this genre academically and professionally – largely, because, well, I love it. And perhaps, it might be worth noting in the introduction of a dissertation that may never see the light of day that horror premiered an African-American Dracula over two decades before Star Trek decided to feature an African-American captain. Then again, maybe it won’t matter, because according to some, intentions are meaningless.