I went to see the movie “2012 Science or Superstition” on December 21 2008, it was a sneak preview of the highly informative film at the Downtown Independent in Los Angeles. It was pretty cool to see a movie about 2012 on the big screen but my experience was also escalated because it was the Winter Solstice, 4 years to the day before the much speculated date of 12/21/2012. The movie was quite entertaining yet also very educational for almost anyone interested in the topic of 2012, using interviews with many top 2012 authors and even a skeptic or two while using powerful footage and graphics to illustrate the ideas presented. 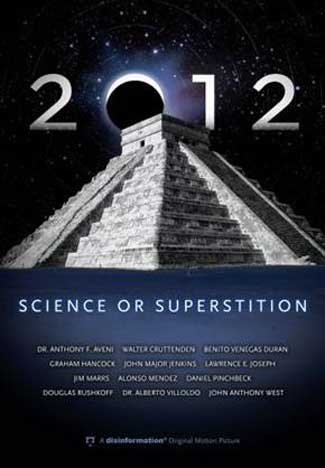 The film, a Disinformation original motion picture, definitely had that whole “History channel” feel as a documentary in the way it was put together and presented, and I feel that it worked very well for it. While having renowned 2012 awareness promoting authors and researchers, the film held an unbiased perspective by also presenting sensible criticism. The film makers presented evidence, facts, ancient history and prophecy in an informative manner, while not coming off as dry and boring, or crazy and preachy. It gives you a great foundation of knowledge to the vast topic of 2012 for you to make your own opinions from.

The information that I feel that was best presented in the film was the complexities of the Mayan calendar and the galactic alignment to take place on the Winter Solstice of 2012. The Mayan calendar, being 10 times more accurate than any other calendar in use today (perhaps ever) is major evidence that cannot be ignored while speculating 2012 and this film educates the viewer on its basic meaning very well. The galactic alignment, along with other complex cosmological theories and occurrences are also explained well but in a way that isn’t “glavened” out, so that anyone can enjoy learning about them. Graphic illustrations and animations also help the viewer to easily understand these complex topics while promoting their significance. 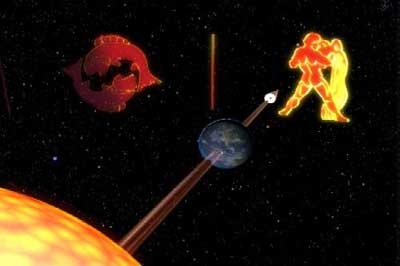 The film covers the doom and gloom aspect pretty well, being in the dark theatre with surround sound and thought provoking images helped heighten the suspense of it all, too. There was this mood of dark apocalyptic interest created at times while not necessarily using fear. The topics of the 2012 solar maximum, polar shift, natural disasters, and other apocalyptic scenarios are discussed and presented so that almost anyone can understand the risks that we could be facing and how real they may be.

The topic of spiritual evolution and 2012 being a time of transcendence in consciousness is also presented well. For many this concept can be more “out there” than others, but the film with its unbiased presentation explains why many believe we may need such an event, and why it may already be occurring. An inspirational theme carries this topic to being better understood by promoting a realistic need for unity and understanding, while thankfully not by getting all weird and making 2012 out to be some magical fix all. 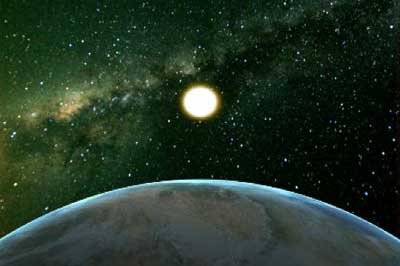 The film’s main purpose is to educate people about 2012 and promote a healthy perspective to an event that could possibly change everything we think we know about existence. There a lot of books and articles out there and soon: a major motion picture starring John Cusack. It seems that clearing the air and presenting the facts in a clear way was the purpose of this film. There is scientific evidence that supports 2012 to be a time of interest, but there is also a lot of superstition, too, that keeps many from taking the subject seriously. This film takes great strides to provide the viewer with a basic understanding of the topic with out promoting fear or fantasy. A grounded perspective and great source of knowledge for anyone beginning/continuing to discover this expansive topic. Go check it out and enjoy!