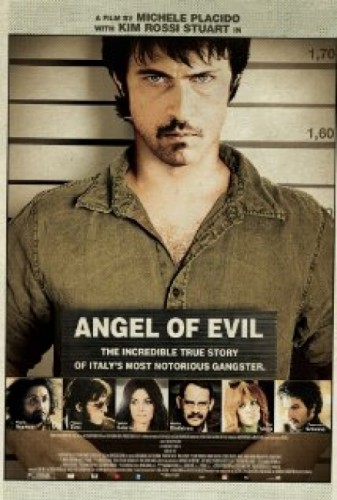 Twentieth Century Fox Home Entertainment today announced that September 27th will be the launch date for FOX WORLD CINEMA’s first slate of films including China’s The Butcher, the Chef and the Swordsman, India’s Dum Maaro Dum and Italy’s Angel of Evil – all critically acclaimed films that have played at festivals around the world.

FOX WORLD CINEMA is a newly created premiere line of diverse films from around the world which will be available on DVD, Video On Demand and Digital Download in the United States. Additional films from Twentieth Century Fox Home Entertainment’s vast catalog of international favorites being rebranded under the new FOX WORLD CINEMA label include Slumdog Millionaire, La Misma Luna, Night Watch, Day Watch and My Name is Khan.

“Filmmakers around the world are creating provocative and entertaining films, many of which are rarely seen outside their native countries,” says Mary Daily, Executive Vice President of Marketing, Twentieth Century Fox Home Entertainment. “With FOX WORLD CINEMA, we are committed to introducing these films to passionate audiences in America that are eager to embrace a range of cultures and experiences.” Adds Sanford Panitch, President of Fox International Productions, “Fox has always championed films that transcend language and social differences. In recent years, American audiences have embraced successful foreign films such as Pan’s Labyrinth and The Girl with the Dragon Tattoo. The universal themes represented with FOX WORLD CINEMA will be appreciated by film lovers everywhere.”

FOX WORLD CINEMA will exist in tandem with Fox International Productions (FIP). FIP focuses its efforts in several key territories to produce, co-finance, acquire and distribute foreign language films in key markets. Over the years, Twentieth Century Fox has played a major role in introducing some of the finest international films with themes to sophisticated audiences in the US.

FOX WORLD CINEMA will be dedicated to celebrating global entertainment that will thrill, charm and inspire film aficionados. The initiative stems from the recognition that advancements have made the world smaller and more connected than ever before, and, as such, audiences are enthusiastic about international films that reflect cultures and issues that also resonate in their own lives. Following the initial releases, FOX WORLD CINEMA will introduce three or four new selections to its home entertainment line bi-annually.

FOX WORLD CINEMA’s line-up encompasses a wide-ranging variety of subjects and style. The Butcher, the Chef and the Swordsman, the first feature from Chinese filmmaker Wuershan, was executive produced by director/producer Doug Liman, who was intrigued by Wuershan’s original approach to the martial arts genre. The film recounts the journey of a mystical blade as it passes through the hands of three ambitious men and features a mix of diverse filmmaking styles, including black-and-white sequences, animation, split screen and a music video.  The Butcher, the Chef and the Swordsman was made available on Video on Demand on July 12, prior to its DVD release.

Director Rohan Sippy’s Dum Maaro Dum, starring Bollywood superstars Abhishek Bachchan and Bipasha Basu, revolves around an honest, tough cop in Goa who sets out to eradicate the drug Mafia and a college student who turns to crime when his scholarship to an American university falls through.  The film features a soundtrack from award-winning Mumbai composer Pritam Chakraboty.  Special features on the DVD include a behind-the-scenes featurette, “Movie in the Making.”

The third film, Angel of Evil, directed by Michele Placido, received eight David di Donatello nominations from the Italian Academy.  Based on the memoirs of infamous Milan gang leader Renato Vallanzasca who admitted, “I was born to be a thief,” this fast-paced action film recounts his astonishing four-decade career.  The charismatic Vallanzasca is portrayed by popular Italian actor Kim Rossi Stuart.  Special features on the Angel of Evil DVD include a behind-the-scenes feature, “An Italian Job:  The Making of Vallanzasca,” and deleted and extended scenes.