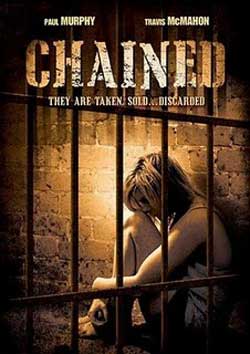 Jules is put in charge of the Hobby Farm, operating as a hive of illegal gambling, drugs and sex slavery. Jules must overcome the demons of his own past and turn against the only life he has ever known, to save the girls and himself. (from IMDB.com)

Women in prison movies are prevalent within the cult movie circuit, as women fight for their rights to be free citizens in a still male driven society. Most of the time, the imprisoned women host an uprising to defeat the men who keep them behind bars, but sometimes the overworked females find a helping hand in a sympathetic male. In Brad Diebert’s Hobby Farm, a modern day plantation in Australia is overturned by not the women who reside and work there, but one of the gentlemen that becomes softhearted and decides to help free the wrongly enslaved women.

Jules(Dean Baker) has just been released from prison, and immediately goes back to his past career of being the owner of a hobby farm, a place for men to drink and be merry with an assortment of beautiful women. The women are fed alcohol and forced to participate in illegal drug usage, while the men grope and force themselves on the women. Even if one of the girls decides to fight back, they are urged to do drugs or take it peacefully without a fight. Jules is partnered with a guy named Vince(Wayne Dixon) who treats the women with respect as his coworker does. After they are done servicing the patrons, the customers pay up Jules and they leave while the girls go up to their room to clean up and relax.

The same night, a car pulls up, and two guys throw out a savagely beaten young woman Tatiana (Jessica Turner), and dump her onto Jules. He brings her in to care for her, as she has just been raped and violated. When in the basement, they find her writhing in pain, so the boss orders her to get an abortion because they find out she is pregnant after the viscous treatment by two of his men. When Julian leaves to take the young woman to a clinic, Con(George Kuotros)overtakes the duty of caretaker of the imprisoned women, and cages them in bars in the basement. Jules returns to find Con spraying the girls down with a hose to clean them, and eventually Jules is reprimanded from becoming softhearted. Bloodshed ensues when a patron decides to become violent with one of the girls, and Jules takes her side by killing the unruly guest. Jules must decide whether he goes back to jail, or to help the poor women being mistreated and used for profit.

Hobby Farm is a new age women in prison movie, with insinuated sex scenes, but nothing in full view as many women in prison films have a sexploitation theme to them. There are plenty of action filled gunfights, and bloodshed to add to enjoy ability of the movie. Even though we do not get to know a lot of the characters in the movies, the ones we do we can feel a sense of sympathy as they are forced into situations they cannot control. There are also strategically placed flashbacks that fleshes out Jules’s characters, and helps the audience connect why Jules is the way he is.

Brad Diebert’s Hobby Farm is a dramatic tale of empowerment, as a group of enslaved women are forced to have sex and farm the land behind their prison in the grasp of an Australian gang. Even though a lot of the men in the film are degrading to the women, the guys that are sympathetic to their situation aide them in eventually breaking free from the chains that bind them.