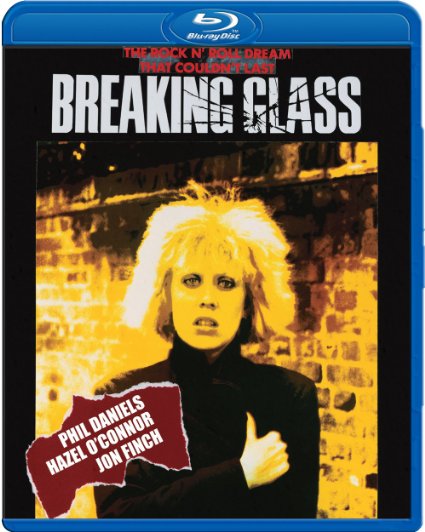 A rock singer is determined to rise to the top of the profession, letting nothing stand in the way of that goal.

We open to a single traveler midway in subway transit. Then without notice she breaks into a partial music video sing along. This non-traditional opening sets the stage for one of music greatest cult film creations.

Hazel O’Connor might have stayed under the radar, but this 1980 smash punk rock style film surely represents her finest moment. Even now I see hints of her influence, style and look in modern day Lady Gaga. Breaking Glass came about during the rise of the new wave era and a new found respect for punk. Her music and songs riddled with political commentary defined the film and the rise of an unknown. This unknown was simply known as Kate. Much like several musical fueled films, it focused on the rise into stardom of a “once” anti-establishment songwriter who sees how the industry changes her views and presentation thru the course of the movie. She is slowly changed into the establish as her misc finds itself changing as well. Though for me, the motivational means comes in her willing ness to not give up on her message taking song and stance to a higher level. This British product has a raw feeling that created a pseudo star outranking Hazel O’Connor’s own presence in real life. In fact, in some odd way it catapulted her and then mimicked her own career (in which she struggled with similar circumstances in reality) 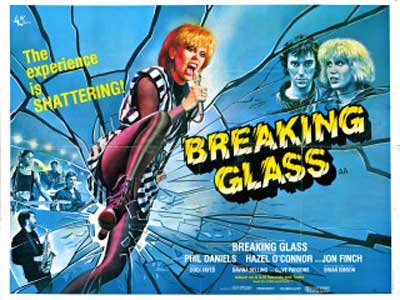 As the film’s intent was geared towards a message on politics, it more so was a focus on the angry songwriter Kate who impresses a local wanna be manager (Phil Daniels). We get a first hand look at the struggles and reaction her act is initially perceived under until she is taken under wing by well known music manager Woods (Jon Finch). The band goes thru rough changes while Ken, the resident junkie is forced to leave the band. Meanwhile Kate becomes thrust into a world she didn’t ask for, pumped up with drugs, music now controlled by others and rocketed into an inevitable nervous breakdown.

The fiction somehow mirrors reality and the stories of so many others who faced situations under the same guise. Kate, our angry hero is plunged into this world sacrificing all control and pride. 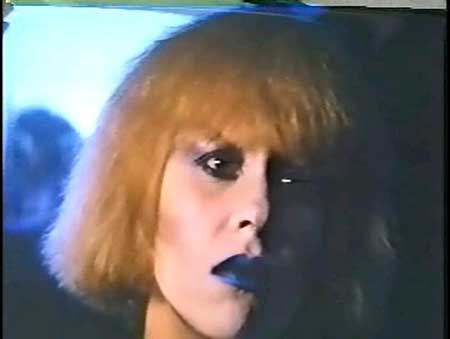 Breaking glass mirrors much of the current times for its era. There was a steady social breakdown as the music industry was buying into pop styles and new wave trends. Those who didn’t follow the politics saw it as a simple film about a young girl rise to fame. Her punk aura stands as a crowing achievement for music films of its time. Breaking Glass also happens to be one of those films that got lost in the VHS to DVD shuffle. With reports of it just getting an appropriate DVD release, ..well it only took 30 years, cmon?? 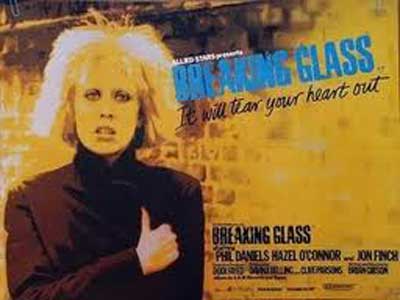 A soundtrack was released a the same time featuring all the compositions from the movie. Still to this day, its edgy tracks and alternative song lyrics are a favorite among genre fans. The soundtrack itself is harder to locate but still available thru alternative channels.

Since its debut, it went on to inspire the direction of numerous music style films. Hazel O’Connor never reprised her role as Kate again in this one off cult classic.

Breaking Glass is now available on bluray per Olive Films