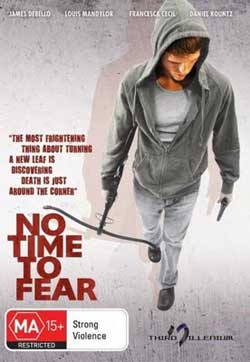 Celine is a young woman who has a whole lot of problems. One of Celine’s problems is with her younger brother Nate who is emotionally unstable, really extremely unstable. Jake is Celine’s boyfriend who creates yet more problems between his disrespect for Nate and his jealousy over the couples shared friends Derrick and Rachel. It is only after the five of them go on a camping trip do things get really interesting, especially once they start seeing copies of each other right before they die.

“Gone are the days of me trying to kill myself or anyone else.”

Michael Korbic’s No Time To Fear is a great little exercise into indie horror. The film starts by introducing two couples; the first couple is Jake and Celine. Jake tends to be the leader of the group and is played by James DeBello who seems to be reprising his role from Eli Roth’s Cabin Fever, in fact when the film starts with the group camping genre viewers might get a sense of déjà vu. Celine is a caring woman who really does care for Jake yet she has problems of her own in the form of her younger brother Nate.

No Time To Fear never really explains what exactly happened with Nate in the past, whatever it was however caused the boy to be deeply troubled. When Nate is first shown on the screen he sits in the middle of a backseat playing video games on a portable system, a few scenes later he is shown in one of Celine’s nightmares with a gun against the side of his head. 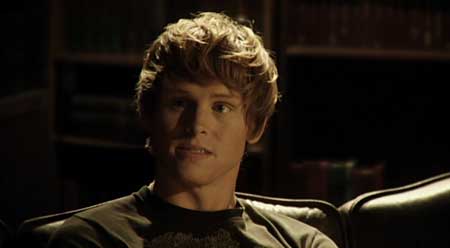 There is another couple in Korbic’s film and their names are Derrick and Rachel. Derrick is one of Celine’s oldest friends and there are a couple scenes in the film where Korbic does play with this as Rachel and Jake both get jealous over the subject. The young couple also has plans to move away to New York as soon as possible, so for a majority of the film they are packing….that is until things go horribly wrong.
The group of five decides to go on a camping trip and it isn’t long before Derrick finds a gun inside Nate’s bag. This of course disturbs the group who decide to hide the gun, however once night falls Nate begins to hear things saying his name and he starts to see things. In his fear Nate quickly finds his gun and runs off to find out what exactly is haunting him. He fires the gun at what he thinks is an intruder but it is soon discovered that he actually just shot a statue that crumbles when the others come near it. Each of the men takes a piece of the statue as a souvenir when they leave and soon it’s back to normal every day life for the two couples and Nate.

When the camping trip is over however the horror begins in No Time To Fear. It is only a matter of scenes before Nate once again starts to be haunted by a “zombie” version of his self. Nate also realizes that his medication is coming up missing and his journal is full of entries that he doesn’t remember writing. He immediately goes to see his doctor who refills his prescription and questions the poor boys journal entries. It is only a matter of minutes before the viewer once again sees Nate being haunted by the zombie version of his self. The zombie version forces the young man to put his own gun in his mouth and blow his brains out…..but that is only the beginning for the two couples. Soon each and every one of them also run into “zombie” copies of themselves and soon each and every one of them meet a grisly demise. 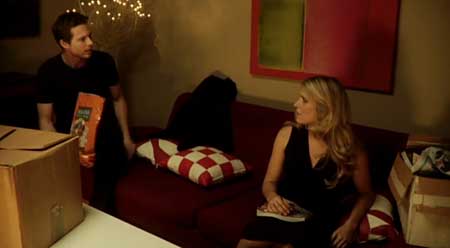 Michael Korbic’s No Time To Fear is a great exercise in indie horror, its full of atmosphere and some likeable characters, even Jake is a likeable “asshole”. There really isn’t too much of the red stuff so the gore hounds might not be too entertained by the film, however those who enjoy a few good jump scenes are going to be jumping out of their seats several times during this one.

No Time To Fear relies on substance for its scares, and actually throws some elements from history into the mix. The main monster in the film is the legendary doppelganger, a monster that is the mirror image of the person who sees it. Usually the sight of the monster is a sure sign of death and No Time To Fear backs this old mythology up and does it quite successfully, especially when the doppelgangers begin to interact with the other characters.

No Time To Fear is a great baby step for those who want to explore the wonderful world of indie horror, those who have travelled the road aren’t going to find anything new yet they won’t leave disappointed either. Go ahead and see this one! 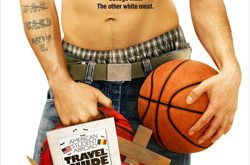