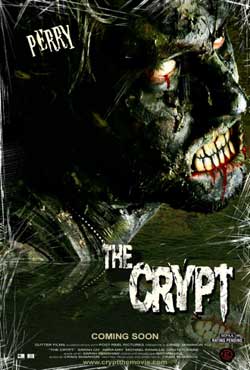 In this chilling thriller, six friends descend into underground crypts to steal jewelry and other valuables from the Depression-era remains. But they soon discover that the dead won’t give up their treasures without a gruesome fight. Trapped in the deep dark catacombs, the six struggle to stay alive among the dead and find a way out of their living hell. Sarah Oh, Delaina Stevens and Cristen Irene star.

With more preparation and budget this film could have turned out to be really good. Sad it lacked in every category, bad looking ghosts, bad camera angling, and bad choice of cast. I called what kind of characters would be in the movie in the first 10 seconds. So if your looking for a movie that has a decent plot line but not supported by any means watch this movie. If you have half a brain just skip this one at the rental place.

The films storyline is these 6 delinquents go into this crypt to hope to find lot of riches from grave robbing. What they don’t know is there is two glowing eyed ghosts down their haunting the graves and oh how scary they are… 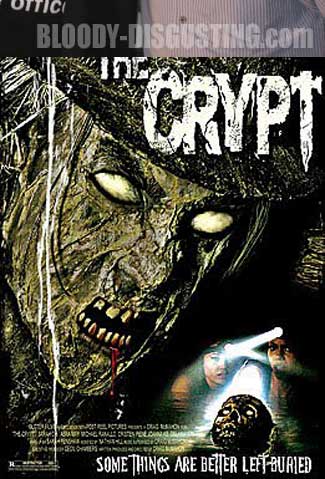 Ok this movie begins with a man trying to find his fortune down in a crypt on a corpse’s body. While he is looking around down there hoping to find some valuable necklace he finds out there are forces against him. While his arm was caught in a tomb he was stuck their as an invisible force shoved it shut on his arm. I was actually impressed with a realistic looking severed arm as it didn’t use corny CGI. Shortly after he succumbs to a short and painful death. The crypt is full of depression era corpses just rotting away in time.

PJ (Sarah Oh) was the leader of her group of girls that were natural thieves. They stole cars and ran around living how they like with no regard for the law. The truth the fact is they were portrayed as smart criminals but only half of the bunch could maybe hot wire a car. Morgan (Delaina Stevens) couldn’t probably tie her own shoelace none the less steal an automobile.

The group finds out about the crypt that might have riches and then they get the great idea. PJ lets everybody know the procedures that they all will follow when they all go down into the crypt. Dorian (Cristen Irene) and Perry (Mike Ranallo) are two of the friends that follow the expedition down into the earth. Perry himself just got out of jail and meets up with his girlfriend PJ, that’s when he decides to follow them down in. The film itself has characters you don’t give a damn about so your really just wanting them all to not make it out of the crypt. The group at first was not in for the job but then the money suddenly got to their heads.

Then once they are all convinced they head down underground into the crypt. After a struggle opening the entrance to the bottom of it they find themselves trying to get into further where the man at the beginning found a rare piece of jewelry. Perry finds a crack in one of the walls and they break into the main part of the crypt. What they find is way more then they thought they would find down in the graves.

They are amazed with how much riches are actually there. The main problem I had with this movie was the bad acting. When one of their friends dies they just don’t look like they give a damn. The first to die was Morgan and she gets her head smashed when she is trying to find her way through a crawl space. I thought maybe because I enjoyed at least the first kill in movie the rest I would like as well. Then Dorian is the next to become the victim when she falls down a hole and busts her leg. The group all fall victim in their own deaths in the long run. The spirits that the jewelry belongs to doesn’t take kind to the strangers. The spirits don’t even look that intimidating themselves. They terrorize they six unfortunate souls with their glowing eyes and thrown together dirty clothing.

Once they find out that the crypt is no good and the two spirits are out to kill them they try to get the hell out of there as fast as possible. One of the spirits that goes by the name of Dagmar grabs a hold of Perry and most assume that he is dead. I guess it takes until PJ is out of the crypt and at a hotel for her to remember that her boyfriend wasn’t actually killed down in the crypt. So she goes back down to find him but then the crypt closes on her and her boyfriend.

My synopsis on the movie is I give it a low 1.5/5. Doesn’t show me anything new just another low budget rushed film that you shouldn’t even waste your time on a rent. I want that hour of my life back and I can’t now.