An independent UK, micro-budget feature film in the GangsterZomCom genre! 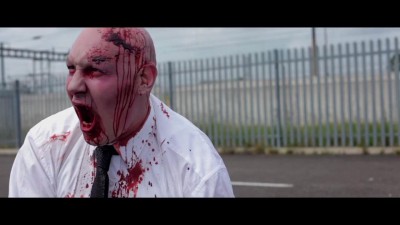 Film Synopsis:
Q only really wants the quiet life but sometimes the only way to keep it quiet is to do what TONY tells him to do. Turn up, drive the van, drop the boys off and get a slice of the cake. Simple enough, right?

DANNY gets shot. The safe house is crawling with police. The van is running out of diesel. CRAZY STEVE ruins his shoes. MUSCLES and PAT just try and keep their heads down. Oh, and there’s a zombie apocalypse.

Luckily, TONY knows of another Safe House on the coast. Not so luckily,
DANNY dies of natural-ish causes and then rises from the grave!!!

Q and the others have to deal with a recently zombie-fied medieval re-enactment group, some Arsenal fans that seem hell bent on eating their brains and the van finally running out of fuel.

That’s why our boys find themselves holed up in a windmill in the middle of nowhere with a belligerent (and racist) GRANDMA and a beautiful but haunted CASSIE for company.

Q is falling in love, TONY is losing his mind, and the zombies are getting very, very hungry…

Sounds like fun, right? That’s because it will be! A whole heap of zombie-slaying, guffaw-riddled fun, and probably a bit more swearing than any of us should really be comfortable with. We’re shooting this July/August and releasing as early as November 2011!

However, even though this highly commercial, fast-paced ‘GangsterZomCom’ has managed to secure a brilliant cast and crew, for free, just from the strength of the script alone (Huggy Leaver from ‘Lock, Stock and Two Smoking Barrels’ for example), we still need your help.

That’s why we’re offering you, yes you, the chance to get involved in a bit of the action on-set as well as behind the scenes – hell, after Michael Bay passed on it, the Executive Producer’s chair is laying vacant and awaiting your call. So why not support a proper, British start-up and help us get the word out? 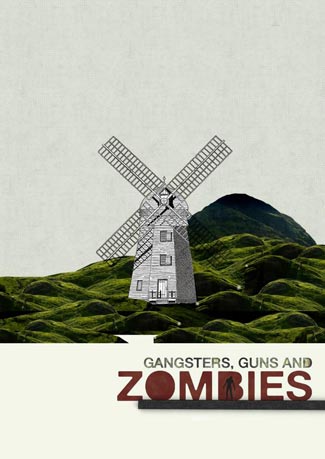 You can also sponsor us here for some great little perks and one-off, zombie-maddness, opportunities…
www.sponsume.com/project/gangsters-guns-zombies

We need to raise money to go towards feeding our incredible cast and crew, so they can survive the long and ridiculous night shoots ahead. A large chunk of the money will also go towards our SFX budget, so our zombies kick the most brain-biting arse conceivable!

So grab a tool, get your back against a wall and remember to aim for the head!
Only you can help us make GGZ.