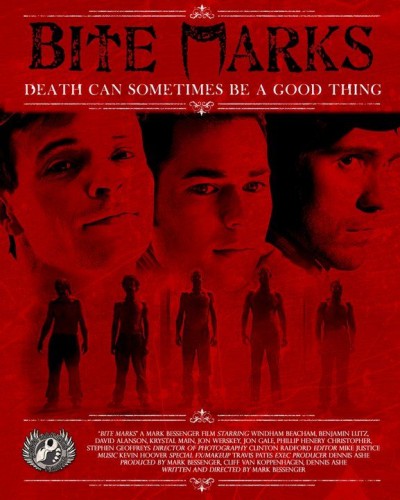 Truck-driver Brewster takes over his missing brother’s delivery of a load of coffins to a funeral home. He picks up hitchhiking gay couple Cary and Vogel whose relationship is in trouble to help him stay awake but when his GPS leads them into a deserted junkyard, his truck breaks down, stranding them. NIght falls, and the coffins reveal blood-thirty vampires. Now the mismatched trio must barricade themselves in the cab of the truck and try to survive until dawn…

I complain frequently about the lack of originality in film. When a certain formula works, people tend to stick with it and are afraid to mix it up a bit. While watching the film “Bite Marks”, I can honestly say that I saw things that I had never seen before. Especially with a tired subgenre like the vampire film, it’s refreshing to see things done differently, though it may not be for everyone. It lovingly pokes fun and pays homage to vampire films past as well as offering up a couple of new things that I myself have never seen.

Walsh (FRIGHT NIGHT’s Stephen Geoffreys) is ready for a night of work. He drives a truck and a bit upset that his wife didn’t pack enough food in his lunch box for the entire trip. When he hears a noise he decides to check his cargo only to be attacked by an unseen force. Brewster (Benjamin Lutz) is a trucker who currently has no license and is unable to work. He is sleeping with his brother’s wife (his brother is Walsh). Walsh’s boss Caplan (Jon Gale) calls Brewster, since he believes that Walsh is a no-show, enlists him to take his brothers place or Walsh will be fired. Brewster eventually agrees and drives the truck. As he begins to grow tired, two hitchhikers Cary (Windham Beacham) and Vogel (David Alanson) appear. He picks them up with hopes of conversation to keep him awake. The three men travel the roads until they reach their destination when the trucks axel breaks and leaves them stranded. When the trucks cargo begins to make some noise, the three men investigate only to find out that they are about to come face to face with a bunch of bloodsuckers
. 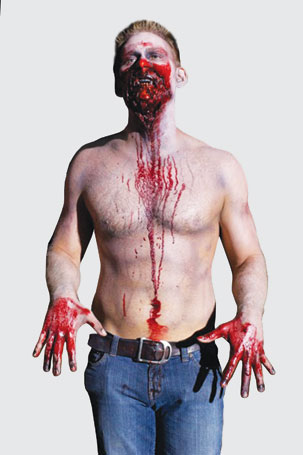 I guess what surprised me the most here was how well thought out the script was. It’s very clever and funny. Written by (as well as directed by) Mark Bessenger, it is apparent that this man is incredibly knowledgeable of the genre. He throws out references left and right. Everything from “Dawn of the Dead” (original and remake) to “Count Yorga”, but the most obvious is Tom Hollands’ “Fright Night”. Not only does Evil Ed himself, Stephen Geoffreys appear, one of our main characters is named Brewster. Make sure to pay close attention to Geoffreys’ dialogue, he has a hilarious homage near the end of the film. There are some pretty funny moments with the three men arguing back and forth and the movie references are great. The Cary Elwes reference made me laugh out load.

I was also sensing a bit of a subtext here with Brewster, he is a man who is wrestling with his sexuality. Vogel is a player and Cary is the man that loves him. Cary just wants Vogel to love him back as much as he loves him. There is a bit of a triangle subtext here but everything seems to come together in an incredibly entertaining way. The buff shirtless vampires were a bit much for me, but how they are used ends up being truly unique in a vampire film. The use of bible pages to keep the vampires at bay, bible page boxing gloves, and the use of holy water is a highlight. The use of, I guess psychic powers was a nice addition as well. The music is playful, reminded a bit of the main title song from “Gremlins”, and the animated opening credit sequence was really fun. 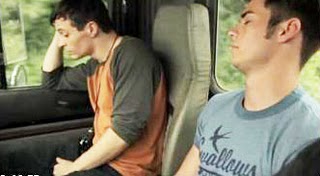 All in all, “Bite Marks” was a refreshing change of pace. The “Twilight” series soured me on the vampire film for the last couple of years. It’s nice to know that some directors are still trying to put their own unique spin on the genre. Mark Bessenger does just that with his film. He enlists a terrific cast and crew that just created a hell of a fun film. Just as a side note, this does happen to be a gay themed film. Don’t let that discourage you from watching an incredibly fun film that is entertaining from start to finish. 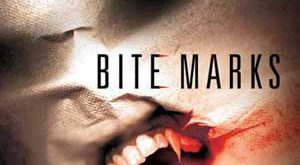