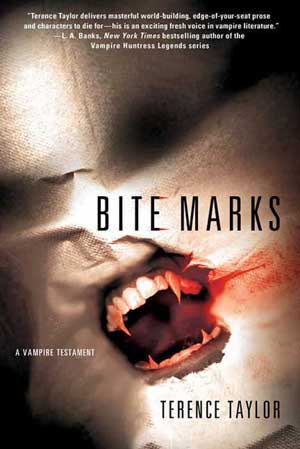 Lori didn’t. She didn’t see the mystery and glamour everyone else did, just thinly veiled sadomasochism, fake fangs, and mechanical bats.”

Blame Anne Rice. Blame Anita Blake. Blame Stephanie Meyer. Blame whatever cheap, over-romanticized franchise you wish, but damn do I hate vampires. I was honestly and for true dreading the hell out of reading this book because of that. Still, I try to be a good boy and St. Martin’s was kind enough to send me a free copy, so I gave it a shot. To my complete and utter dismay, I really liked this one. Somebody is finally willing to give vampires back their teeth without reducing them to mindless predators.

In New York City, a psychotic, sadistic vampire kills a teenage runaway, but not until he has turned her and forced her to feed on her own child. When this bouncing baby vampire manages to escape, there are several groups who will stop at nothing to find it. Steve and Lori, initially drawn in by a possible hook for their new book but now determined to help the baby’s uncle, Jim, find his only remaining relative. Rahman, who sees this baby as the last link in his life’s work: a search for true immortality, unbound by the limitations of sun and blood. Perenelle, who knows that the fragile existence of vampires in the world may be torn apart if this baby can provide proof to the mortal world. And, of course, Adam, the killer himself, who faces an eternity of solitude and hunger sealed in a concrete tomb if he cannot tidy up the mess he has left behind with his latest art project.

Yes, this is broad-view, society based vampire fiction, much like what Anne Rice tried to do with her own vampire mythos. We are given a background of the vampire society and governing body and see the events play out through the eyes of several undead inhabitants, each with their own agenda and ideas regarding the proceedings. But what makes a huge difference here is that Terrence never lets us lose sight of the essential nature of vampires as predators and parasites whose agendas must naturally conflict with those of their food source. That’s right, my gory, gap-toothed fiends, blood does indeed flow within these pages. Copiously.

If you care at all about subtext, this one makes good use of the idea of vampires as Aristocracy converted into a modern American context. If you take the idea that the American Aristocracy is based upon wealth, then Terrence begins to paint an intriguing view. One where those Aristocrats live in a sort of parasitic dependence upon the working classes that is predicated on secrecy and a government made of nothing more than dim shadows and lies. Lurking beneath each action and statement, fear of all out class warfare and the tension born of artificially enforced constraints is everywhere. This viewpoint becomes especially interesting when he begins to deal with the subject of AIDS (in what is, in my opinion, the best use of a blood-born disease in a vampire novel to date), something that is completely ignored so long as it is only affecting others. Of course, if you don’t give the slightest rat’s ass about such things, he has the decency to keep the sub-text quite sub and the story is placed above all else.

The truly kick ass aspect of Taylor’s approach to this tale was the almost complete lack of imposed morality. Every action, from the most depraved and base to those of selfless charity is seen through the eyes of the responsible party, complete with their own set of justifications. Nothing here is cut and dry, no decision is simple and all of them bear their unique set of consequences far beyond the superficial. I am almost tempted to believe that he trusts the reader to come to their own conclusions.

Unfortunately, such a wide-reaching, scattered narrative bears quite a bit of patience from the reader. Not only do we spend quite a bit of time leap-frogging between points of view, but also dancing back and forth across time within those lives. Because of this, the story can be a bit of a pain to get into initially and doesn’t maintain steam particularly well. There were several times that only a vague sense of curiosity about the fate of that toothy baby convinced me to pick it up again after leaving it to sit for a couple days.

(insert whatever moderately witty version of “to sum up…” you wish here) Bite Marks is precisely the type of broad-society vampire novel that I was looking for, even though I didn’t know it at the time. Both visceral and intelligent without coming across as condescending with vampires that neither primp and whine in the darkness nor sparkle in the sunlight. Who knows, maybe I’ll even read some more of the Vampire Testaments. 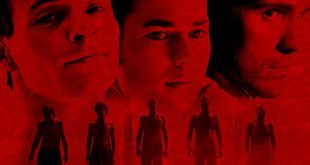