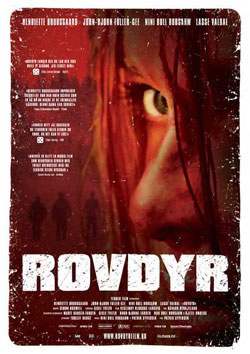 Its the summer of 1974. Four friends have planned a recreational weekend hiking and camping in the forest. At a remote truck stop they pick up an anxious hitchhiker who only after a short ride demands they stop the vehicle. She is clearly frightened of somethingbut what she can’t begin to describe in her carsick terror. Suddenly the group are ambushed and left unconscious. When they wake up deep in the woods, all they can hear is the sound of a hunting horn. The game is on and they realise with nightmare shock that they are the prey.

After a while, they stop at a gas station for some fuel for the van and for their stomachs. Roger stays behind to fill up the van, Jeger goes inside to order the food while Camilla and Jenta visit the little girl’s room. Inside the restroom they find a drunken man sitting inside one of the toilet stalls. Camilla’s attempt to rouse him causes him to awaken suddenly and scratch her on the arm. After a brief conversation where Jenta urges Camilla to stand up to her boyfriend, the pair return to the restaurant, where it seems that the locals, naturally, don’t take too kindly to city slickers.

Before leaving they take on another passenger, a distraught girl who is going to same way they are. During the ride, the girl gets sick and they pull over to let her throw up. Big mistake. An argument between Jenta and Roger ensue, and the feisty girl pulls Roger’s keys out of the ignition and tosses them into the forest beyond the road. While the girls laugh over Roger’s frustration, a group of men emerge from a car that’s been following the group’s van. The girl freaks out and then the men attack. After a struggle that leaves one of the group dead, Camilla and the others are knocked out and the world goes black. The young people wake up, bound by rope in the foreboding forest, new game for the twisted man hunters.

To put it simply: I enjoyed this movie. It’s running time is a bit short, but it works for its simple, brutal style. The camera work is what makes this film great for me, the filmmakers utilize the unblinking documentary style type of camera to tell its story, the same techniques that made The Last House on the Left and The Texas Chainsaw Massacre so unnerving and terrifying. I also appreciated the fact that the film uses David Hess’s Wait for the Rain (from The Last House on the Left’s soundtrack) for its introduction song, clearly showing that co-writer and director, Patrik Syversen knows the genre’s roots.

The acting in the film is believable, but not anything amazing and doesn’t necessarily make the cast likable. I, personally, saw the characters as merely tolerable, as they were simply there to be killed, obviously. Jeger’s humorous dialogue did win a couple chuckles from me, however, but not enough for me to actually care about him. I’ve noticed that this is a major flaw that plagues many other horror films, characters lacking any type of real charisma, making them little more that just meat for the grinder.

Manhunt starts to really shine during the second half of the film, when our characters are being hunted down and slaughtered by the ruthless man hunters. There is plenty of blood in the film, good looking, realistic, gritty blood, which almost makes up for the movie’s lack of characterization.

There’s one element that’s going to either make or break the film for a lot of people: the plot. The antagonists, who dress like big-game hunters and communicate with a series of whistles and bird calls, are completely unexplored. Personally, I appreciated the mystery and really didn’t think that the lack of explanation hurt the film, but actually added to the film’s feeling of dread, but I feel other viewers are going to feel cheated and would want to know more about the hunters. Overall, Manhunt is a dark, brutal film that I believe that some horror fans will be able to appreciate for its cut throat, unblinking story telling. 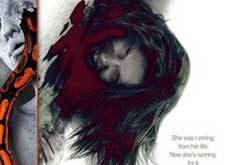