What was your attraction to She’s Crushed?

I’ve always loved horror/thriller movies, and this one had a smart, interesting story. I loved how the writer (and director, Patrick Johnson) took a different approach – the audience sees the story unfold largely
from Tara’s perspective.

So, as an actor, this was very attractive… It was fun to give the psycho chick some backstory and vulnerability – even in the midst of all the craziness. Aside from the script itself and the opportunity to play with such a meaty role, the people involved (from Patrick and producer Chad Breshears to my fellow actors Henrik Norlen, Caitlin Wehrle, and Keith Malley…) everyone really cared about doing good work and creating a strong finished product. I’m very proud of this film! 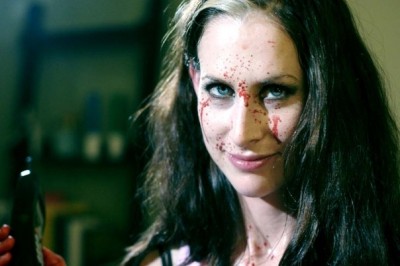 How is it working with director, Patrick Johnson?

I’ve worked with Patrick on a few projects. He’s amazing – he comes from an artistic background (which explains the aesthetic of She’s Crushed),
but he also understands all the technical stuff AND has a good sense of story and character. He is a perfectionist and makes every shot count. I am working with him right now on a sci-fi action project which has been so fun! I have an athletic background, so I LOVE the action element.

How much fun was it playing the role of Tara?

LOTS. Being that the premise of She’s Crushed is that a girl gets obsessed with a guy and goes psycho – I did NOT want to emulate other characters that have done similar storylines. The script and direction of She’s Crushed were unique enough that I could take it in a fresher direction and that’s what I set out to do. I did not watch Fatal Attraction or The Crush, because I simply did not want to be influenced by these other female characters. I did watch American Psycho (one of my faves anyway) to
find fun similarities between Tara and Patrick Bateman.

I also researched adult children of abuse… and then also what, if anything, constitutes a sociopath? How do they come to be – can it be nature or nurture or both? Are there certain tendencies and characteristics that distinguish them? And, ha!, it don’t take much research to know that Hell Hath no Fury – especially when it comes to a psycho chick.

I’m afraid to ask, but are there any similarities between you and Tara? LOL!

Ha! Wellllllll… we both like smoky eyeliner and short skirts…

What is the lesson to be learned about one night stands?
I think whether it’s a one night stand, an online dating service, a blind date, someone you met from work… just be careful who you get involved with – people aren’t always what they seem.

Do you have a favorite scene in this movie?
oooooo…. I have lots of faves!! I like the scenes where we get to
glimpse into Tara’s head a little bit – when she flips out in the bathroom while making phonecalls trying to find a job… when we see the flashback of her getting held captive in that creepy room… when she visits her mom at the psych ward.

I also love the comedic relief that Keith Malley offers. (He’s a hilarious comedian. I listen to his podcast all the time – Keith and The Girl.)

I know sometimes bloopers happen on the set. Can you recall any during the making of She’s Crushed?

I know there were! I can’t remember any flubbed lines off the top of my head, but I do remember that when we shot the scene where I run out onto the front porch in my bra and panties with a butcher knife screaming that
I will kill myself – the guy who owned the house was a little concerned about what the neighbors were thinking haha… Also – when you see me wielding power tools – often slippery with sweat and/or blood – those were real power tools.

I’ve never really held a drill or chainsaw and I felt bad for these poor guys when I was acting psycho and getting really close
to them with these things!

Do you have a favorite horror film from your childhood?

A few! I remember seeing Poltergeist when I was very small – maybe 5 or 6? – and just screaming under the coffee table – covering and uncovering my eyes! I was so scared but couldn’t turn away! And, oddly, as a kid I watched The Shining several times – which freaked me out every time… I also liked a few random ones like Paperhouse, Dolls, and The Hand.

What can you tell us about Hold It Now Productions?
That’s Patrick Johnson’s production company! www.holditnow.com! In addition to features (he’s got 3 in distribution), they’ve done documentaries, videos (commercial and viral), reality, music vids… I’ve worked with Hold It Now several times. First as an actor, and then as a
writer and producer. We’re in post on a comedy (which you mention next!) THE HIGH SCHOOLER’S GUIDE TO COLLEGE PARTIES.

You can be seen in an upcoming comedy titled, The High Schooler’s Guide to College Parties. Could you talk about your involvement in this project?

Yes! It’s a high-school/college comedy in the vein of Risky Business, Superbad, American Pie… I co-wrote the script with Patrick and was a producer on this one as well. Of course, I am in the film, too! I play Rebecca, the big sister of the main high school girl, Chelsea (played by Brina Palencia). My character is pretty much an uptight bitch of a sister until I show up at a party to take my grounded sister home, and proceed to
get totally wasted. It’s a fresh, funny movie – it made a lot of sense having a girl and a guy co-write… you really get to show both genders’ points of view.

Thanks for the interview!! xoxox 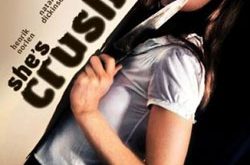