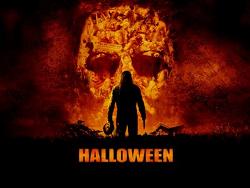 Not sure if you all will look at this as good news or bad but news just came across that DIMENSION has set a date for the supposed canned new addition to the revived HALLOWEEN franchise. It’s been a while since we’ve talked about it but that’s because the last thing we heard, it was dead.

While no director or any other cast and crew have been announced DIMENSION did just let it be known that the film will hit theaters on Oct. 26th 2012, What? They aren’t releasing it in August! I don’t understand. It is still well over a year off so there is still plenty of time to move it to a completely inappropriate date.

Back when this one was officially being prepped the script was being penned by Patrick Lussier and Todd Farmer but they’ve moved on to other things (mainly the HELLRAISER remake) so maybe they got the script done before it got canned? Don’t know but we should be getting more info soon since this release date has been handed out so keep it here and I’ll keep you informed.

Halloween 3D Will Take Place in the Zombie-verse