Home | Halloween 3D Will Take Place in the Zombie-verse

Halloween 3D Will Take Place in the Zombie-verse

Todd Farmer and Patrick Lussier revealed in a Fangoria interview their plans to use the storyline established by Rob Zombie in their continued development on the Halloween 3D movie.

“We took Rob Zombie’s story and continued it, but we did it in a way that sort of pulled it back to the John Carpenter tone and intention, and we didn’t cheat. We didn’t break any of the rules. We used the rules Zombie had established, and it felt good because it felt like a complete story, and we’re still hopeful that one day it’ll happen.” Todd Farmer reportedly stated.

Although Dimenson Films has canned the sequel and the future of Michael Meyers is up in the air, one thing is for certain, if there ever is a Halloween 3D, it most certainly will be in 3D. 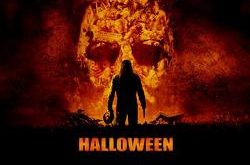