THE EXPERIMENT on DVD & BD September 21 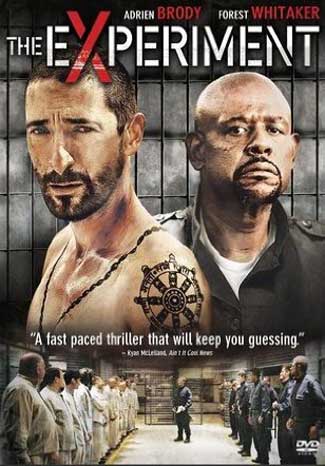 Experience It on Blu-ray Disc™ and DVD September 21

CULVER CITY, CALIF. (July 12, 2010) – Academy Award® winners Adrien Brody (star of the upcoming Predators; Winner of Best Actor, The Pianist, 2002) and Forest Whitaker (Best Actor, The Last King of Scotland, 2006) star in the adrenaline-charged drama The Experiment, debuting on Blu-ray Disc™ and DVD September 21st from Sony Pictures Home Entertainment. The shocking psychological thriller unfolds when 24 men are chosen to participate in the roles of guards and prisoners in a study designed to evaluate the affects of power and control. Values are tested and lines are crossed when seemingly normal participants are pushed to the breaking point as the experiment spirals out of control. The powerful remake of the 2002 German film Das Experiment co-stars Clifton Collins Jr. (The Boondock Saints: All Saint’s Day), Cam Gigandet (Twilight) and Maggie Grace (TV’s “Lost”). The Experiment will be available on Blu-ray for $30.95 and DVD for $24.96 SRP.

Oscar® winners Adrien Brody (Best Actor, The Piano, 2002) and Forest Whitaker (Best Actor, The Last King of Scotland, 2006; star of the upcoming Predators) star in The Experiment, a mind-shattering psychological thriller from the creator of TV’s “Prison Break.” Selected to participate in a two-week research project, a group of men agree to play inmates and guards in a simulation of life within a state prison. But as the 24 volunteers slip deeper into their roles, power corrupts, fears escalate and the experiment spins horribly out of control. Cam Gigandet (Twilight), Clifton Collins Jr. (Crank: High Voltage) and Maggie Grace (TV’s “Lost”) co-star in this intensely shocking film.

The Experiment has a running time of 96 minutes and is rated R for strong violence, language, some sexual content and nudity. 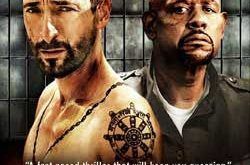