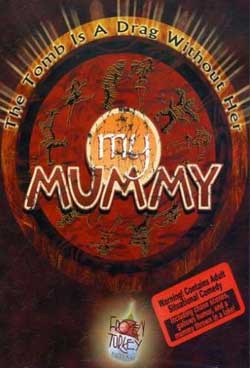 While shopping at Earl’s All American Exquisite Antique-O-Rama, Brad and Cat decide to buy a mummy. But what begins as a joke quickly unravels in this crazy horror spoof starring J. Todd Anderson, Adam Rihacek and Natasha Randall. The visually striking comedy marks the sophomore feature of writer-director Anderson, the longtime storyboard artist and visual consultant for the Coen brothers.

My Mummy is an old school style camp comedy shot in a traditional sense as you might expect from a children’s tv show such as Sesame street or Electric company. In other words, no attempts were made to “cinematize” it up from a standard 30fps look and approach. The lines, dialog and the acting performances play out much like sketch comedy. I kept comparing it to a shot from a Bugs Bunny cartoon where Bugd runs through a wall and leaves a perfect outline.

Our story is simple, safe and quirky. Couple Brad and Kat show up at an shotzy antique store where Brad falls in love with a Mummy statue they have for sale. Lance Brady is the store clerk who does his best car salesman pitch to offload the statue and its sarcophagus. Upon reaching an agreement they load the full size decor into Brad’s car and off they go. Shortly after, Lance receives a call that the mummy has been sold for 10K. This starts a whole ordeal of efforts to reclaim the statue, appease a local snobby collector-shady-business man and deal with a mummy that comes alive whenever a Horus bandanna is worn. This bandana worn power brings few light moments that involve Kat dancing around while wearing it unaware of the results it has wherever the Mummy happens to be.

Earl Smelzer, the antique shop owner sweats it out while the mummy goes back and forth between capture and its return to its coffin. This plays out pretty silly on the most part but the comedy aspect was more on a level that you’d expect from old school morning Sid and Marty Kroftt. The Mummy begins to become a bit of a marital issue as Brad spends his time playing kid games with his friends in the garage. While it does fit in with the rest of the film the idea feels a bit immature even for sketch comedy. 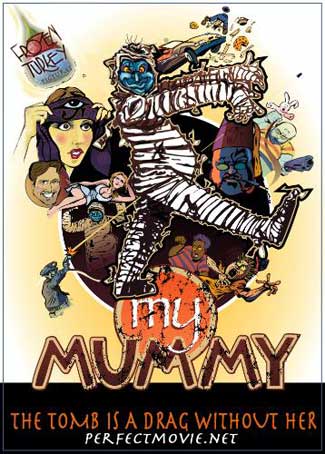 Oh did I mention , the mummy is missing his penis which is contained inside a jar. So when the mummy isn’t being directed around or dancing per bandanna movements, he’s cupping his junk. Alot of the film plays into the re-capture exploits while we also find the shady guy is trying to bring the mummy to life to help promote his new Schlock TV show, “Horrorama”

My Mummy, was directed by J. Todd Anderson with screenplay by J. Todd Anderson and George R. Willeman . The role of Kat Stephonik was played by charming Natasha Randall with Adam Rihacek taking the role of her dorky husband. In some ways this film stands on its own due to the fact that you just don’t see films being played out this way anymore. So in fairness I would say there is an intended audience out there for this. its goofball, its wacky, its a bit of “House of Frightenstein” but its not “Shaun of The Dead”.

The film is good old fashion fun but more situation comedy than a kneeslapper… In the end it was a bit too much of that for my tastes. So words like “cute” came to mind. However I rather my horror served with “horror” than camp. The intention here was to really appeal to a certain kind of comedy style that I would guess was originated from the late 70’s early 80’s perhaps. Former tv shows like “Love American Style” and “Love Boat” came to mind. Though I’m sure the audiences could drum up a few more. 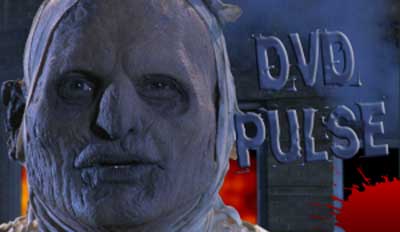