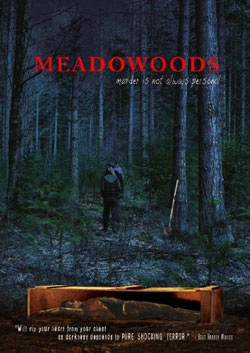 In a sleepy and uneventful small town, three college students, bored and desperate to make their mark, plot a savage and merciless murder. Electing to keep a video journal to memorialize their bizarre pact, they plot in secret, devising a homemade death chamber that will allow them to see, hear, feel, and linger over their intended victim’s torment and final moments of life. Then, chosen at random, a fellow student becomes this victim when she is to receive perhaps the most brutal and horrifying of all fates. The default leader of this macabre trio directs the physical and psychological terror, even as contention and hostility within the group threatens to jeopardize their twisted plan, culminating in a violent and chilling conclusion.

While it’s easy to say..”here we go again with another film shot on video camera perspective to tell the story” entry into the horror genre, there is actually some of these creative plot lines that seem to fit perfectly for there mediums.

We begin from the camera POV right from the start with our main characters Travis Hall, Stephanie Emerson and camera man Ryan Coffman. They explain that life has gotten a bit boring, with no real purpose and the 3 of them have decided to the up the anty locally by planning a murder. Their purpose is absurdly self serving as they assume that maybe murdering others will leave a legacy behind that will keep these 3 in the mind of others for generations to come.

Though when they discuss it, it’s irony presents a sense of childlike innocence much like a group of kids discussing playing games or pranks on the locals. We also get to know the characters pretty quick thru their camera responses. Travis is the ring leader who has a cold but playful attitude towards the whole thing. He presents himself as serious but also removed from really taking in the perspective of targeting and killing others.

Stephanie is the deadpan almost gothic minded individual of the group who seems to think that the idea works only because life really doesn’t have much purpose to begin with. Plain, average and almost monotone at times, she is perhaps the darkest of the group. She is also the most likely to carry thru with the plan. On the other hand, camera man Ryan seems to be going with the flow but has hesitations towards the whole matter. The idea sounded great as a film project that is fueled by his 2 best friends intention though as the film progresses we find his humanity really taking over the dark intentions.

Moments that will appeal to viewers are moments like the cell phone profiling session and a visit to the local DVD store to find inspiration for executing on their intentions. The whole film is documented in POV style mostly from Ryan’s perspective. It’s interjected with pre-interview sessions and on camera commentaries. The act they are planning still seems far removed from an actual follow thru.

Travis kicks it into gear by selecting a location the woods, coordinating the team, and constructing the actual coffin to be used. You can feel the tensions start to mount as they dig the grave and take fiction into reality. Stephanie stays strong with conviction, Travis leads and makes sure that the intentions are carried forward and Ryan assists under verbal abuse from Travis.

Scott Phillips directs this reality based cam corder film that combines our current generation, stupid teen angst angst and crime motivations into a humorous at times but chilling episode in terror. 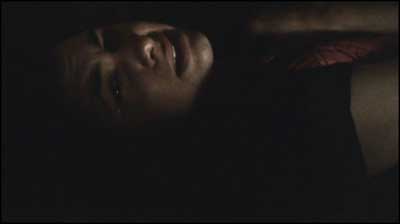 As they randomly pick the victim for the cause (Kayla Pruett played by Ila Schactler) we begin to unravel the fragile shells of teens who have their own issues to deal with. Ryan conducts a mock interview in which he digs further into her psyche but also forms a unassuming bond at the same time. Ryan and Stephanie progress there motives into reality when they finally enter the peak of the movie. Almost in a childish-to-terror kind of way the narrative changes abruptly into moments the whole film has lead up to. It is from this moment forward that the horror of this film really takes over and leaves the bumbling few but adamant behind. The main character roles were played by Michael Downey, Michelle Roe and Connor Thorp.

It is a debut role for them that works with the same innocence that the characters in Blair Witch Project did. What may also attribute to the horror is that in the build up stages they come across as legit rather than acted which makes the film all the more believable when it gets to act 3. IMDB lists this as the 2nd film project for director Scott Phillips, who while taking the overdone route actually succeeds with a gripping psychological exploration in dark impulses.